Front Line Defenders expresses its deep concern at the ongoing imprisonment of the Saudi human rights defender Mohammed Al-Otaibi who is currently serving a 14-year prison sentence, in the General Intelligence Prison in Al-Dhamam, for his leading role in forming the Union for Human Rights in 2013. Front Line Defenders urges Saudi authorities to immediately release the human rights defender and drop all charges against him.

Mohammed Al-Otaibi is the co-founder of the Union for Human Rights in Riyadh which was established in 2013. The Union was active in calling for the abolition of the death penalty and strengthening women’s role in society in Saudi Arabia. Mohammed Al-Otaibi worked with the organisation for three years despite constant harassment by the Saudi government for issuing international appeals to highlight human rights violations committed by the Saudi government.

On 25 January 2018, the Specialised Criminal Court in Riyadh sentenced Mohammed Al-Otaibi to 14 years in prison on charges of ‘forming an unlicensed organisation’. The Court examined his appeal in February 2020 and confirmed his sentence later that year. Moreover, in December 2020, the Specialised Criminal Court sentenced the human rights defender to an additional year in prison for travelling to Qatar in 2017 and for a tweet he sent out at this time. In January 2021, Mohammed Al-Otaibi engaged in hunger strike for more than two weeks, in protest against the prison authorities denying him proper medical treatment for his high blood pressure. The human rights defender also demanded a transfer from the General Intelligence Prison in Al-Dhamam to another prison in Jeddah where his family lives. According to some reports, Saudi authorities said that they will consider this requests.

Mohammed Al-Otaibi was referred to the Specialised Criminal Court in December 2016 after being questioned over the course of a number of years by the Bureau of Investigation and Public Prosecution in Riyadh. He faces the charges of ‘participating in an illegal association’ and ‘offending the reputation of the Kingdom by publishing and signing statements and false reports on the internet and collaborating with international human rights organisations’. The human rights defender arrived in Qatar on 30 March 2017 with his wife, searching for a safe haven. The human rights defender and his wife were on their way to Norway following the Norwegian government’s decision to exceptionally provide them with travel documents and a humanitarian visa. However, in the early hours of 25 May 2017, security officials at Hamad International Airport, Qatar, arrested Mohammed Al-Otaibi and forcibly deported him to Saudi Arabia to face trial.

Front Line Defenders condemns the ongoing imprisonment of human rights defender Mohammed Al-Otaibi and urges the authorities in Saudi Arabia to immediately and unconditionally release him, drop all the charges against him and allow him to travel, as Front Line Defenders believes that he is being held solely as a result of his legitimate and peaceful work in the defence of human rights. 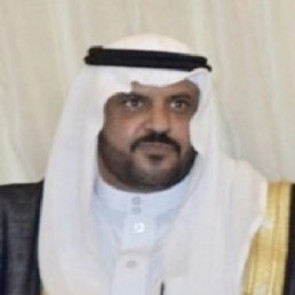