Geneva-Paris-Dublin, 13 May 2019 - On of the first anniversary of the disappearance of human rights defender Ernesto Sernas, The Observatory (OMCT-FIDH) and Front Line Defenders denounce the lack of meaningful action of the Mexican authorities, who have failed to prioritise the line of inquiry that Ernesto Serna’s disappearance might be linked to his work defending human rights.

On 10 May 2018, lawyer and university professor Dr. Ernesto Sernas García disappeared in San Agustin de las Juntas, Oaxaca. The lawyer’s disappearance coincided with a crucial moment in the criminal proceeding on which he legally represented 23 human rights defenders belonging to the organization Sol Rojo, whose detention in 2015 was declared arbitrary by the Working Group on Arbitrary Detention of the United Nations in its Opinion 17 / 2016. Dr Sernas’ case is being followed by the United Nations Committee Against Enforced Disappearances through its Urgent Action 540/2018. On 10 May 2019, four Special Rapporteurs and four members of the Working Group on Enforced or Involuntary Disappearances also condemned the lack of meaningful advances in the investigation.

Our organizations reiterate their call to Mexican authorities to take urgent and effective measures to locate the whereabouts of Dr. Sernas and present him alive. Furthermore, we stress that, based on international human rights standards, the authorities should consider as a first hypothesis that a violation against a defender is a product of their activities in defence of human rights. In the year that has passed since Dr. Sernas’ disappearance, this possibility has not been prioritised by the Mexican authorities.

Finally, we wish to highlight a new wave of attacks and intimidation against the Sol Rojo organization during the first four months of 2019, including the assassination of Mr. Luis Armando Fuentes on 11 April 2019. The organization has suffered reprisals for its peaceful resistance to mining and energy mega-projects whose implementation violates their rights to self-determination, as well as for their work in the case of Dr. Ernesto Sernas. For all of the above, we urge the Mexican and Oaxacan authorities to ensure that members of the Sol Rojo organization can safely engage in the right to defend human rights.

The Observatory for the Protection of Human Rights Defenders (The Observatory) is a program created
in 1997 by the World Organization Against Torture (OMCT) and FIDH and aims to intervene to prevent or
remedy concrete situations of repression against human rights defenders. OMCT and FIDH are both
members of ProtectDefenders.eu, the European Union Mechanism for Human Rights Defenders
implemented by international civil society. 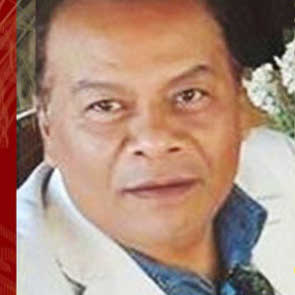