On 12 October 2021, at approximately 7:30 PM, a group of eight unknown individuals with weapons broke into the Casa Betania Santa Martha Shelter, in Salto de Agua, Chiapas and threatened migrant rights defenders who were present.

The Casa Betania Santa Martha shelter is a transit shelter that provides lodging, food, and basic health services to people in transit in Salto de Agua Chiapas. The shelter is run by five Priests of the Divine Word and four other Franciscan Missionary Sisters of Mary (FMM), as well as volunteers who work for the human rights of migrants.

On 12 October 2021, unknown armed men in civilian clothes demanded to enter the shelter on the grounds that they had come from "the Prosecutor's Office" to verify the presence within the facilitiy of a minor who had allegedly disappeared. The individuals did not present any type of official identification disclosing their agencies of affiliation or documents that authorised their entry to the shelter. Given the refusal of the members and migrant rights defenders from the shelter to let them in, the men threw stones at the door and threatened to “take” the members of the shelter accusing them of the kidnapping and the unlawful retention of minors. The unknown individuals also used guns to threaten the members which ultimately led to them opening the doors to the aggressors.

Four armed men then entered the shelter to verify that the alleged missing minor was not there. During the raid, two of the men guarded the door and violently detained the shelter psychologist. One individual who reportedly identified himself as a commander of the Prosecutor’s Office later demanded the psychologist give them access to the shelter's database. In addition, a migrant was attacked while holding his cell phone, which the armed individuals checked and made him disclose his personal details. During the raid, uniformed police officers and elements of Civil Protection arrived at the scene but did not intervene nor did they pledge to carry out an investigation into the unlawful raid. The armed men left the shelter when they did could not locate the disappeared minor they were allegedly searching for.

The events take place in a context in which other organisations defending migrants rights on the southern border of Mexico, in particular in Chiapas and Tabasco, have also been harassed and attacked for their work in defence of human rights.

The signatory organisations call for an immediate halt to the attacks and threats against the migrant rights defenders who work in shelters that provide humanitarian assistance and defend the human rights of migrants. The intimidation of human rights defenders should not be tolerated by the authorities.

The undersigned organisations urge that the competent authorities implement the necessary protection measures in order to prevent the escalation of these attacks against migrant rights defenders, in particular, the staff of the Betania Santa Martha Shelter.

Finally, the signatory organisations urge the Mexican authorities to recognise and to not obstruct the humanitarian assistance and accompaniment work carried out by migrant rights defenders in Mexico. 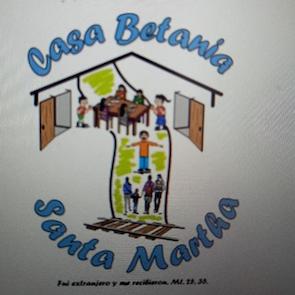