It is with grave concern and deep sadness that Front Line Defenders has learned of the murder of woman human rights defender Elizabeth Ibrahim Ekaru on Monday 3 January 2022.

Elizabeth Ibrahim Ekaru was a defender of women’s rights, a champion of peace as well as an environmental and land rights defender from Isiolo County, in Kenya. Elizabeth was recognized in the past for her work, receiving the Head of State Commendation Award for her courage and her primary role defending human rights in Kenya. She was also part of the National Network of Women Human Rights Defenders, which is convened by the Defenders Coalition of Kenya.

Elizabeth was murdered on Monday 3 January 2022, allegedly by her neighbour over a suspected land row. The woman human rights defender, mother of five, was stabbed to death at Kambi Garba in Isiolo County, in Kenya, while she was attending a burial. The suspect is currently detained at Isiolo Police Station waiting to be brought before the Isiolo court and will remain in police custody for 14 days to allow police conclude investigations. The case will be presented at a court hearing on 20 January 2022.

On 15 July 2021, woman human rights defender and environmentalist Joannah Stutchbury, from Kiambu County, was brutally murdered for standing up against environmental injustice in Kiambu Forest. Although the government of Kenya, through the Office of the President and Director of Criminal Investigations, promised a speedy investigation and conclusion of the case to ensure that action is taken against the perpetrator(s), there has not been a single arrest related to her murder.

In August 2021, two women human rights defenders and environmental activists Anastacia Nambo and Kavumbi Munga from the Owino Ohuru area, in the coastal region, were also attacked while they were pursuing justice for residents and victims of environmental pollution in Owino Ohuru Slums, in Mombasa. Anastacia Nambo received death threats leading to severe concerns for her and her family’s lives as a result of her activism and defence of her community’s land and environmental rights. Kavumbi Munga also became a target and received several threats for her advocacy for environmental justice for the residents of Owino Uhuru. In 2018, she was assaulted at her home by unknown individuals with machetes.

Elizabeth Ibrahim Ekaru was a model of the bravery and passion of Kenyan woman rights defenders who continue to carry out their legitimate work for women’s rights in spite of the risks they face and without adequate safety guarantees from the Kenyan authorities. Front Line Defenders salutes these woman rights defenders, and sends its heartfelt condolences to Elizabeth Ibrahim Ekaru’s family, friends and colleagues. 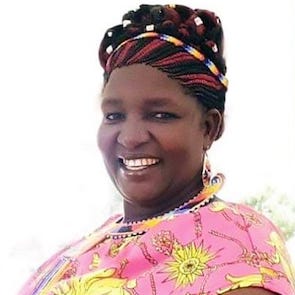