On 14 December, the North Cairo Court confirmed a judicial order to freeze the assets of human rights defender Ms Azza Soliman and the assets of her organisation as part of the ongoing foreign funding case known as Case No. 173. A decision regarding the assets of Ms Mozn Hassan and Mr Mohamed Aly Zarea is expected to be made on 11 January 2017 – also as part of Case No. 173.

Azza Soliman is a lawyer and the head of Lawyers for Justice and Peace (LJP), an organisation that provides legal assistance for Egyptian human rights defenders. She is also the founder of the Center for Women's Legal Assistance (CEWLA), a feminist organisation that campaigns to promote gender equality. Mozn Hassan is the Executive Director of Nazra for Feminist Studies, a group that aims to build a feminist movement and supports women human rights defenders through legal and psychological interventions. Mozn Hassan has extensively worked on numerous issues in Egypt and the Middle East since 2001 including violence against women in the public space. Mohamed Aly Zarea is the head of the Arab Organisation for Penal Reform. The Arab Penal Reform Organization (APRO) is an independent Arab NGO founded in 2004 as a law firm.

In a hearing on 12 December, lawyers for Azza Soliman discovered that the North Cairo Court is also considering freezing the assets belonging to Mozn Hassan and Mohamed Aly Zarea and their respective organisations. Neither human rights defender was previously notified that a freeze of their assets would be be considered in the 12 December court hearing.

Front Line Defenders condemns the criminalization of civil society in Egypt, including through the imposition of travel bans, the blocking of human rights organisations’ bank accounts and the freezing of their assets. Front Line Defenders calls for an immediate end to the persecution of human rights defenders, reiterating their essential role in the development of a just and equal society. 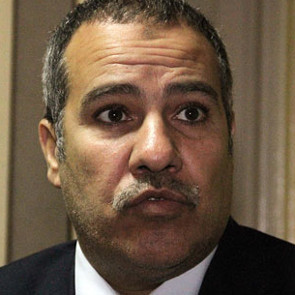