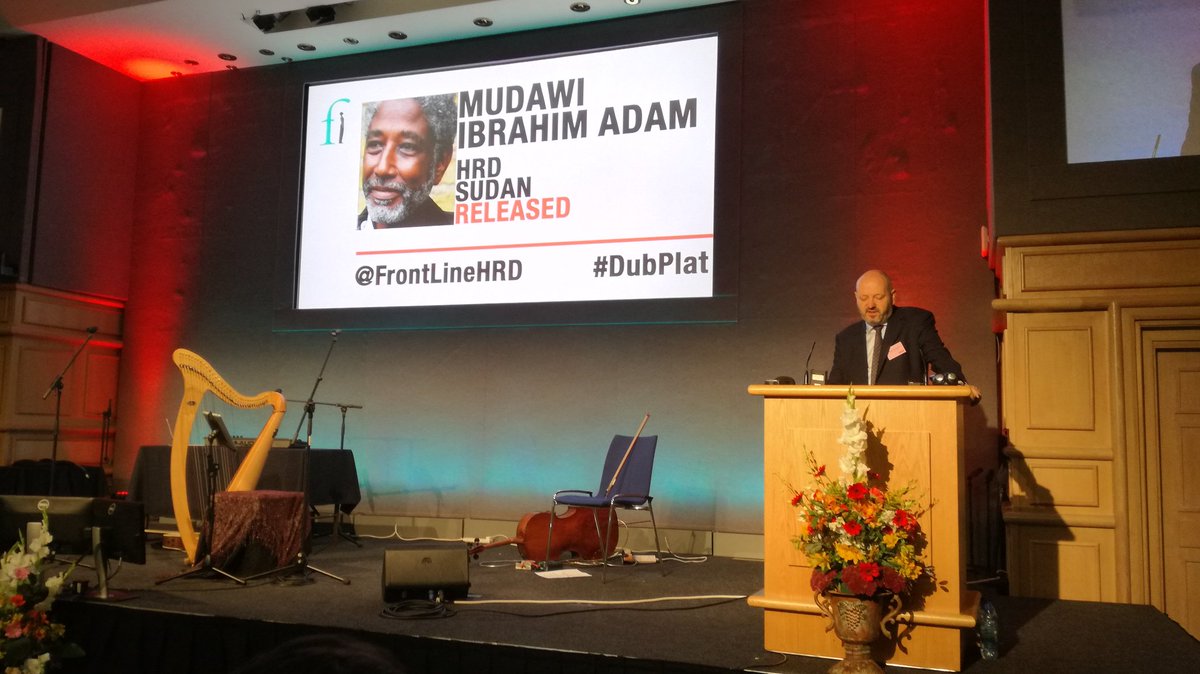 On 17 October, Front Line Defenders opened its 2017 Dublin Platform for Human Rights Defenders, bringing at-risk and threatened activists from more than 80 countries. Despite the storm, more than 100 human rights defenders arrived in Ireland for three days of strategising and meetings on the risks they face around the world.

“We are honoured to open our biannual conference, bringing together more than 100 of the world’s most persecuted activists,” said Andrew Anderson, Executive Director of Front Line Defenders. “Dublin Platform is a time for building solidarity across continents and struggles, for defenders to remind one another that they are not alone in their dangerous, brave work for human rights at home.”

Arriving in Dublin from South Africa, Nonhle Mbuthuma has been named on a hitlist for defending her community’s land from a destructive mine. Belhedi Bouhdid has been attacked on the street and threatened by religious officials in Tunisia for boldly demanding an end to the country’s criminalisation of homosexuality. In the United States, Kim Smith is a renowned artist and activist who recently marched alongside thousands of land rights defenders from the Standing Rock Sioux Tribe.

In Dublin, the defenders will share stories of resistance, struggle, persecution, as well as strategies for security and protection. Front Line Defenders Digital Protection Consultants will also stage a pop up digital security clinic for activists. Participants will also have the opportunity to meet with Irish activists, United Nations representatives, and Irish parliamentarians.

Journalists may interview human rights defenders at the Dublin Castle by contacting:

For the security of all human rights defenders attending, more details including agenda and program participants are available upon request.