LGBTIQ+ and Sex Worker Rights Defenders At Risk During COVID-19

A new investigation has revealed a sharp increase in violence against LGBTIQ+ and sex worker rights defenders during COVID-19.

Between April and August 2020, Front Line Defenders gathered testimonies from than 50 at-risk human rights defenders (HRDs) protecting LGBTIQ+ communities and sex workers in 13 countries. The results were stark. Activists around the world reported an increase in physical attacks, sexual assault, arrests, raids on their homes, and harassment by security forces during COVID-19. 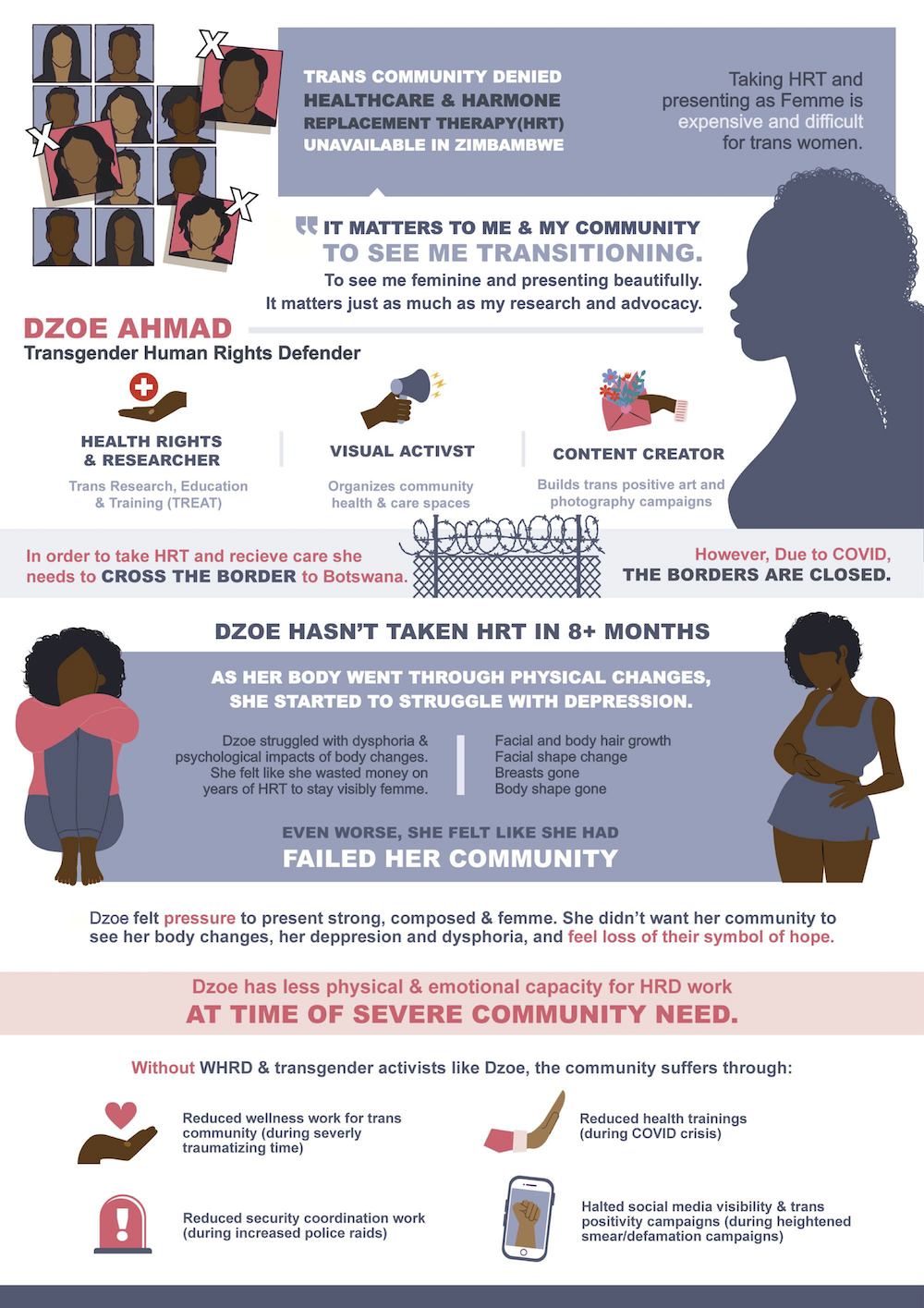 The virus itself and state responses to the pandemic have affected queer and sex worker communities in ways that exacerbate existing systems of classed, gendered, sexualized and racial injustice. As the need to respond to emergencies rises, HRDs from these groups face increasing risks of arrest, physical attack, and psychological trauma. In Tanzania, the investigation found a spate of attacks on activists’ homes after it became known locally that they were housing LGBTIQ+ people or sex workers at risk of homelessness, hunger and police violence on the streets.

“Almost every week since COVID-19 began, we’ve received photos of violent attacks on the homes of LGBTIQ+ HRDs,” said Erin Kilbride, researcher and author of the report. “Activists around the world have turned their homes into emergency shelters for homeless community members, in part because collective care and mutual aid have always been foundational to queer life. Defenders we spoke to are enduring severe physical, sexual and psychological trauma for helping their communities survive the pandemic.”

Also documented in the report are mass arrests at the offices of LGBTI rights organisations; closure of HRD-run medical clinics; sexual harassment and detention of transgender HRDs at security check points; homophobic and transphobic defamation portraying HRDs as spreaders of COVID-19; and severe psychological trauma over their inability to fully respond to the many dire needs of their communities.

"In addition to human rights advocacy and emergency response work, they are filling humanitarian gaps left by corrupt governments and discriminatory pandemic response programmes. Now more than ever, we affirm our call to end attacks on marginalized defenders doing life-saving work on the ground.”

Front Line Defenders is launching the crisis response report with video interviews hosted by Global LGBTIQ+ Advocate Amazin LeThi ahead of the International Day to End Violence Against Sex Workers on 17 December.

“The HRDs who gave their stories to this investigation are enduring violent attacks, raids on shelters, arrests, and rampant stigmatization for peacefully demanding access to food, shelter and healthcare for their communities during the pandemic,” said LeThi. “Each horrific story of violence and discrimination I heard was told by an activist who persists in their struggle despite the risks.”

To accompany the investigation, mental health artist and feminist Sravya Attaluri worked with defenders featured in report to depict them “as they deserve to see themselves: safe, powerful, beautiful and surrounded by their communities.” 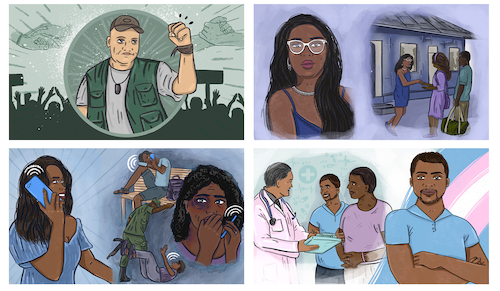 1 On four fact-finding missions in Tanzania, Kyrgyzstan, Myanmar and El Salvador, researchers visited at least four regions per country and interviewed between 25 and 35 SWRDs in each. Front Line Defenders also interviewed an additional 20 to 40 sex worker community members in each country, to differentiate between risks faced by sex workers who are visible activists, and sex workers who do not identify as activists (or community leaders, outreach workers, peer educators, or advocates). Additional consultations and interviews were held with SWRDs in Tunisia, the United States, Ireland, Thailand, Malawi, the Dominican Republic, Indonesia, Zimbabwe, and Eswatini.

3 For the purposes of these reports, Front Line Defenders understands sex workers to be adults who regularly or occasionally receive money or goods in exchange for consensual sexual services. In establishing any working definition of sex work, sex worker, or sex worker rights defender, Front Line Defenders respects that many terms related to the sex trade are the subject of ongoing critique by HRDs from these communities themselves. Such shifts in language must be respected and, where appropriate and in consultation with defenders, adopted by the international community. 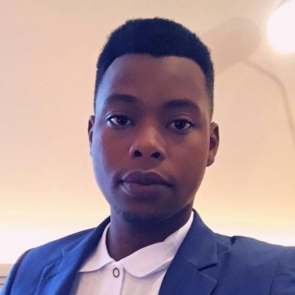 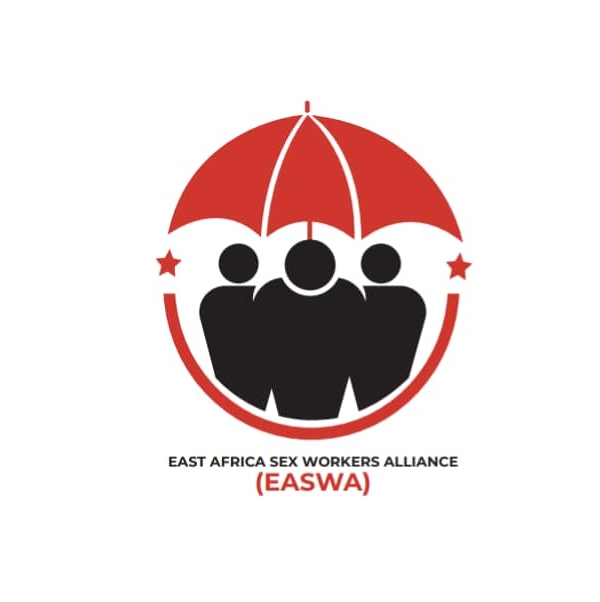 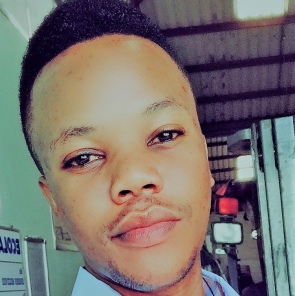