10 Members of the European Parliament have signed an open letter to leaders in Mexico regarding the threats faced by Consorcio Oaxaca and the human rights
defender Ms. Soledad Jarquín

We, the undersigned Members of the European Parliament respectfully write to you today to express our serious concern regarding the death threats and harassment that the organization Consorcio para el Diálogo y la Equidad Oaxaca (Consorcio Oaxaca) and the human rights defender Ms. Soledad Jarquín are facing.

According to information we have received as Members of the European Parliament, in recent weeks the members of Consorcio Oaxaca have been death threatened for defending women’s human rights. These threats seem to be related to the support Consorcio Oaxaca has provided to Ms. Soledad Jarquín in developing and launching the campaign “Hasta que la Justicia Llegue”(“Until Justice Arrives”). The campaign aims to establish the truth regarding the femicide of Ms. Soledad Jarquín’s daughter, Ms. María del Sol Cruz Jarquín, who was murdered on June 2, 2018.

We are especially concerned that Consorcio Oaxaca, a prominent organisation that promotes the advancement of women’s rights in the state of Oaxaca, has been continuously targeted and attacked in recent years precisely for its essential work promoting gender equality and the elimination of all forms of violence against women. Moreover, it is particularly alarming that attacks against Consorcio Oaxaca have not ceased despite the precautionary measures granted to the  organisation by the Oaxaca Ombudsperson Office (Defensoría de los Derechos Humanos del Pueblo de Oaxaca) in 2012.

Also of concern is the increasing numbers of femicides that have been registered in the state of Oaxaca since 2016 as well as the impunity with which those crimes seem to be perpetrated. In that regard, it is especially worrying to note that the relatives of victims of femicides seeking truth,justice and guarantees of non-recurrence are often themselves subjected to multiple forms of harassment, as it is the case of Ms. Soledad Jarquín.

Finally, we would like to express our concern regarding the harmful effects that the lack of investigation of crimes of femicide together with inadequate protection mechanisms for women’s human rights defenders have on the lives of women. This situation not only perpetuates violence against women but dangerously legitimises and normalises it.

Reiterating our steadfast commitment as Members of the European Parliament with gender equality and human rights and underlining the responsibility to safeguard the lives of those working to ensure our rights are duly observed and protected, we respectfully request to:

- The authorities of Oaxaca: To guarantee that the right to defend human rights is duly recognised
and respected in the state of Oaxaca.
- The Attorney General’s Office: To ensure a prompt and adequate investigation into this case.
- The Federal Government: To take all necessary measures to adequately protect the members of
Consorcio Oaxaca as well as Ms. Soledad Jarquín
- The European External Action Service and the EU Delegation to Mexico: To continue monitoring
this case, including at the High-Level Dialogue on Human Rights. 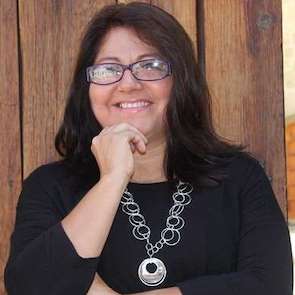