Human rights defenders in Chechnya have reported to Front Line Defenders that a large quantity of illegal drugs was planted in Oyub's vehicle after he was stopped on the road and brought to the police station. Titiev is now being held in pre-trial detention and facing charges of large scale drug possession (Article 228 of the Criminal Code of the Russian Federation).

Police demanded that Oyub Titiev confess, and threatened his family members. On 9 January 2018, armed men came to his home looking for his brother and son, chased his female relatives away, locked the door and took the keys. Following this event, his family fled the Chechen Republic.

On 25 January 2018, in an appeal hearing, the Supreme Court of Chechnya confirmed the pre-trial detention of Oyub Titiev. The hearing had been scheduled for earlier in the day, but Oyub Titiev was not brought to the courtroom and his lawyers were not informed of his whereabouts.

On 15 January, one of Titiev’s lawyer, Petr Zaikin, published a statement about being put under obvious surveillance in Chechnya and published a photo of a car with a unique and distinctive license plate following him. Titiev’s colleagues from the Moscow office of HRC Memorial who traveled to Chechnya also reported surveillance.

The Memorial offices in Nazran, Ingushetia, were attacked by two masked men (caught on CCTV) who set fire in an arson attack on 17 January. While no one was injured, three of the six rooms were heavily damaged and electronic equipment and documents were destroyed.. The threat to the work of HRC Memorial further escalated on 23 January, when the car of one of the lawyers working for HRC Memorial in Makhachkala, Dagestan, was set on fire and burned by unknown arsonists and threats of an arson attack on the office were received at the office.

On 11 January, the Spokesperson for the European Union External Action Service headed by Federica Mogherini, called for Titiev’s release, noting that “the case of Mr Titiev is especially concerning, taking into account that his predecessor, Ms Natalia Estemirova, was killed in 2009 and that no one has yet been brought to justice for this crime.”

On 12 January, Chairs of the European Parliament’s Foreign Affairs committee, David McAllister (EPP, DE), and of the Human Rights Subcommittee, Pier Antonio Panzeri (S&D, IT), stated: "We are very concerned at the detention this week of Oyub Titiev, the prominent human rights defender and Director of the Memorial Human Rights Centre in the Chechen Republic and we call on the Russian authorities to immediately ensure his release and to provide him with all the necessary safeguards in the current proceedings."

The use of the Article 228 to discredit human rights activists is a tactic frequently used by Chechen authorities. In 2014, Ruslan Kutaev, Chechen civil society activist was sentenced on similar charges to three years and ten months in prison. He was released at the very end of 2017. In 2016, Zhalaudi Geriev, human rights defender and independent journalist well known for reporting abuses by Chechen authorities was sentenced to three years imprisonment on charges of drug possession. Both men were tortured in custody.

"Oyub has been risking his life to document and report violent human rights abuses in Chechnya, where activists are systematically targeted with physical attack, arson or arrest and charged with fabricated violations - like the absurd drug charges handed to Oyub. By detaining Oyub, it's clear that authorities are trying to force his organisation, Human Rights Centre Memorial, to finally shut down in the North Caucasus." -Ed O'Donovan, Head of Protection

Memorial: A Decade Under Attack

Human Rights Centre Memorial is one of the oldest and most respected human rights organisations in Russia, and the only organisation to maintain a presence in Chechnya through long years of war and repression. In 2009, internationally-renowned human rights defender Natalya Estemirova was abducted and murdered – an assassination believed to have been ordered by the highest authorities. Intimidation of Memorial has persisted since Natalya’s murder, in Chechnya and throughout the North Caucasus region. Following attacks on HRDs in Chechnya, a number of Russian organisations established the Joint Mobile Group (JMG) to maintain the monitoring of human rights violations without putting at additional risk local human rights defenders. In December 2014, an apartment maintained by JMG was set fire. On 9 March 2016, masked men physically attacked and set fire to a bus carrying a group of human rights defenders and journalists from Ingushetia to Grozny. On 16 March 2016, human rights defender Mr Igor Kalyapin, head of JMG, was attacked by a group of masked men during a visit to Grozny. On the previous day, the office of the JMG in Grozny was raided by the police.

Front Line Defenders remains extremely concerned for the health and well-being of Oyub Titiev in custody, and calls on Chechen and Russian authorities to see to his immediate release and all charges against him dropped.

The various pressure and intimidation tactics employed by Chechen authorities are clearly meant to remove all witnesses of human rights violations in Chechnya and of impunity of perpetrators and security forces. 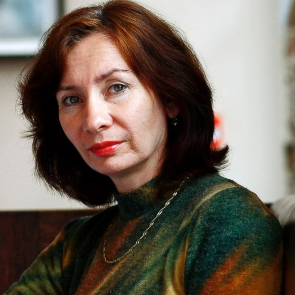