We, the undersigned Russian and international human rights organization condemn the escalating attacks against Russian LGBT Network, its leadership and partners.
We call on the Russian authorities to cease targeting the largest and most prominent LGBTI rights group in Russia and foster a normal working environment for activists for the rights of lesbian, gay, bisexual, intersex and transgender people in the country.

On November 8, 2021, the Ministry of Justice of the Russian Federation (MOJ) designated Russian LGBT Network a “foreign agent organization without legal entity,” under Russia’s pernicious and recently expanded legislation on “foreign agents.” On November 12, 2021, MOJ also designated Igor Kochetkov, the Network’s co-founder and former director of “Sphere” Charitable Foundation, as a “foreign agent media” in his individual capacity.

In November, the Russian LGBT Network and Kochetkov were repeatedly targeted by state-sponsored media in a vicious smear campaign. Using derogatory and offensive language towards the LGBTI community, a program by the governmental broadcaster Vesti called the Russian LGBT Network a “web of gay-propaganda,” suggesting that the Network uses “feeble-minded youth” to reach its “propaganda” goals. They portrayed the Network and its activists as enemies of the law, projected negative and distorted summaries of various LGBTI initiatives in Russian regions, and described Kochetkov as the master-mind of it all.

The Vesti program shared photos of Kochetkov and his husband, Kirill Fedorov, claiming that their US-registered marriage poses a threat to Russia’s Constitution, since newly introduced constitutional amendments define marriage as a union between a male and a female. Towards the end of the program, one of the invited “experts” falsely claimed Russian LGBT Network was a part of a broader “spying network” and therefore a threat to national security.

In a broadcast “Foreign Values” by Saint Petersburg’s TV Channel 78, the news anchor falsely claimed that Russian LGBT Network received “millions of dollars” and used that money to “participate in political activities, unsanctioned demonstrations, and to promote same-sex relations among minors.” The report accused the Network and Kochetkov of “multiple” legal violations including “anti-constitutional acts”. It also shows and identifies the location of Sphere’s office in St. Petersburg.

Svetlana Zakharova, Sphere’s current director, said that on November 9, the day after the MOJ designated the Russian LGBT Network as a “foreign agent,” journalists from the state affiliated news agency RIA FAN, with a camera, made an unsuccessful attempt to gain access to their office. Zakharova also said the MOJ began an unscheduled audit of Sphere, which had been designated a “foreign agent” in 2016 and demanded an unprecedented amount of documentation from the organization, specifically, on its work in Chechnya. Sphere has taken the lead in various efforts to support LGBTI people in Chechnya and received funding for that work from a range of donors.

These attacks against Russian LGBT Network, Sphere, and Kochetkov are a state-orchestrated campaign aimed at stifling the LGBTI rights movement in Russia and part of the wider civil society crackdown unleashed by Russian authorities.

We urge Russian authorities to put an end to their destructive campaign again leading LGBTI rights activists in the country, repeal the “gay propaganda” law and the “foreign agents” legislation, and enable LGBTI rights and all human rights groups, to do their work unhindered. 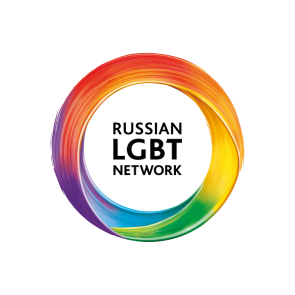