We, the undersigned organisations, condemn the persistent and strategic targeting of the Initiative for the Resurgence of an Abolitionist Movement in Mauritania (IRA-Mauritanie) and its members  and we call on the Mauritanian authorities to quash the sentences of the 13 IRA-Mauritania members currently imprisoned.

IRA-Mauritania was founded in 2008 in response to a culture of widespread impunity regarding slavery in the country. Since 2010, we have documented repeated cases of arrest, judicial harassment, trumped-up charges, arbitrary detention, and, while in detention, ill-treatment and torture of members of IRA-Mauritania in response to their peaceful and legitimate activities in the defence of human rights.

From 30 June 2016 to 10 July 2016, 13 members of IRA-Mauritania were arrested in connection with riots on 29 June 2016 near Nouakchott which were organised by the Hratine people, whose slum the authorities planned to destroy for an alternative development project. No members of IRA-Mauritanie participated in the planning or the execution of the riots, nor did they express opinions on the eviction of the Hratine people prior to their arrest. However, all 13 were arrested in connection with the riots and detained in unknown locations until 12 July 2016 when they met with the public prosecutor who opened the investigation into their case. They were then allowed access to their lawyers and, following this, they were charged on various counts. While in detention, two members reported torture and ill-treatment. On 18 August 2016, all 13 human rights defenders were convicted and sentenced to prison terms of between three and fifteen years. An appeal of their sentences lodged on 22 August 2016 was accepted by the court, but has yet to be heard. On 28 September 2016, all 13 were transferred to a detention center over 700 kilometres from Nouakchott, where they live and work, to the town of Zouérat.

The President of IRA-Mauritanie, Mr Biram Dah Abeid, has also been repeatedly arrested and imprisoned throughout the course of his career working to eradicate slavery in Mauritania.  Biram Dah Abeid was the recipient of the 2013 Front Line Defenders Award, the 2013 United Nations Prize for Human Rights and he is a 2016 U.S. Department of State Trafficking in Persons Report Hero. IRA-Mauritania has won the 2015 Human Rights Tulip Award and the 2016 James Lawson Award from the International Center for Nonviolent Conflict.

From 2010 to 2016, Biram Dah Abeid was arrested three times and imprisoned three times for varying lengths of time. Most recently, on 11 November 2014, he was arrested and subsequently charged on 15 January 2015 with the crimes of “illegal assembly and rebellion”, “encouraging rebellion”, and “refusing to comply with administrative orders” after organising and participating in a caravan to raise awareness about enslavement of Hratine peoples in Mauritania. After 18 months in prison, the human rights defender was released on 17 May 2016 when a Supreme Court judge found that the maximum penalty for his sentence was only one year. In this same period, there were at least 65 arrests of IRA-Mauritania members throughout Mauritania.

Furthermore, the undersigned organisations call on the Mauritanian authorities to (i) immediately quash the sentences against the 13 members of IRA-Mauritania detained at Zouérat and (ii) immediately and unconditionally release them from the detention centre in Zouérat and ensure their safe return to Nouakchott (iii) cease all harassment of human rights defenders in Mauritania, especially those working on issues relating to slavery, and (iv) ensure their ability to carry out their peaceful and legitimate work in defence of human rights without fear of reprisals and free of all restrictions including judicial harassment. 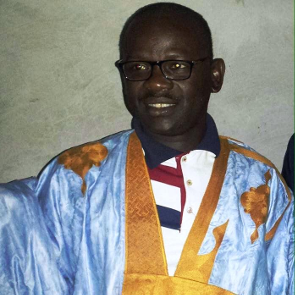 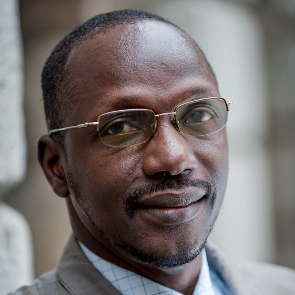