Since 18 September 2022, over fifty human rights defenders, in addition to journalists and student activists, have been arrested and arbitrarily detained, some already charged with "acting against national security". The death toll around the country is estimated to have gone beyond one hundred according to some human rights organisations and media outlets. According to the Baloch Activists Campaign on 1 October 2022, at least sixty seven protesters have been killed only in Zahedan, Balouchestan province. The arrests and attacks appear to be aimed at punishing and silencing those protesting for human rights, especially women’s rights, and accountability for the death in Morality Police custody of a 22-year-old young woman, Mahsa (Jina) Amini, while enforcing the country’s discriminatory forced veiling laws. In response to this, several human rights groups have called for the Iranian police and authorities to be held accountable.

Iranian authorities are particularly targeting civil society members, women human rights defenders and those working on the rights of women and girls on the frontlines, including activists working on ethnic minority rights. At least seventeen women’s rights and civil rights defenders have been arbitrarily arrested in the Kurdistan province. Jina Modares Gorji, a woman human rights defender, has started a hunger strike in protest against the physical assault and detention in Sanandaj Correctional Center since 21 September 2022.

Many family members of human rights defenders have been threatened while the human rights defenders have been violently arrested and their house raided, including Golrokh Iraee, Bahareh Hedayat, Vida Rabbani, Majid Tavakoli, Babak Paknia, Mahsah Gholamalizadeh, Elaheh Mohammadi and Niloufar Hamedi - the woman human rights defender and journalist who initially covered the death in custody of Mahsa (Jina) Amini. Golrokh Iraee has been transferred to a solitary confinement in Qarchak prison, and has had a hearing regarding the charges on "gathering and colluding against national security" for her social media posts about protesters who were killed or arrested. In another instance, Milad Panahipour and Saeed Jalilian, two human rights lawyers lawyers representing the civil and political rights activist Hossein Ronaghi were arrested together with the defender at Evin Court, on 24 September 2022, and have been arbitrarily detained since.

Since the beginning of the protests, dozens of students activists have been arrested. On the evening of 2 October 2022, students were attacked violently at the Sharif University of Technology, with several people being seriously injured and many arrested after the main campus was sieged until after midnight.

The undersigned human rights organizations are seriously alarmed about the arrests, temporary detentions and physical assaults of human rights defenders, journalists, students activists, and civil rights actors during protests. We demand Iranian authorities to immediately and unconditionally release all human rights defenders who have been wrongfully detained.

We additionally call on the Iranian authorities to ensure that the treatment of human rights defenders while in detention adheres to the conditions set out in the ‘Body of Principles for the Protection of All Persons under Any Form of Detention or Imprisonment', including immediate access to lawyers. We remind the Iranian authorities to adhere to the principles of the International Covenant on Civil and Political Rights (ICCPR), especially Article 21, where Iran is obliged to recognize the right to peaceful assembly, and to stop the violent crackdown of the protests.

Furthemore, we call on the Iranian authorities to immediately restore full internet and telecommunications access and refrain from filtering, throttling, blocking, or disrupting online communications platforms and tools or restrict the ability of Iranian citizens and residents from accessing and disseminating information in a free, safe, and secure manner.

Lack of investigation and impunity for the perpetrators of the brutal crackdown of the previous protests in December 2018, January 2019 and November 2019 have only increased the danger to defenders and emboldened perpetrators. The international community, as stakeholders of the current political processes, and particularly the European Union, Canada, Norway, Switzerland, and the Organization for Security and Co-operation in Europe, have explicitly committed to ensuring protection for human rights defenders and civil society activists and guarantee their effective participation and engagement.

International Federation for Human Rights, within the framework of the Observatory for the Protection of Human Rights Defenders

World Organisation Against Torture, within the framework of the Observatory for the Protection of Human Rights Defenders 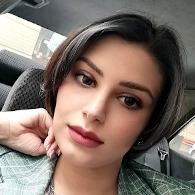