JOINT STATEMENT-BELARUS: Kafkaesque accusations against the staff of Viasna ahead of its 26th anniversary

Paris-Geneva-Oslo, April 25, 2022 – Today, the Minsk City Court will begin hearings in the trial against Viasna member Marfa Rabkova and volunteer Andrey Chapiuk. Both are being prosecuted on politically motivated charges and face up to 20 years and eight years of imprisonment respectively. The proceedings are taking place as Viasna’s 26th anniversary approaches, in an overwhelmingly repressive context in Belarus. The signatory organisations reiterate their utmost support for Viasna, and call for the immediate and unconditional release of all its members as well as all arbitrarily imprisoned human rights defenders in the country.

Today, on April 25, 2022, the trial of Maria (a.k.a Marfa) Rabkova, Coordinator of Human Rights Centre “Viasna”’s volunteer service, and Andrey Chapiuk, Viasna volunteer, will open before the Minsk City Court. The two were arbitrarily detained on September 17, 2020 and October 2, 2020, respectively, in retaliation for their peaceful and legitimate human rights activities. Marfa Rabkova encouraged volunteers to engage in human rights work, coordinated elections’ and protest observation campaigns and helped to collect donations for political prisoners. Over her past 19 months in detention, Marfa Rabkova’s health has drastically deteriorated due to the lack of adequate medical care.

Marfa Rabkova faces charges under ten articles of the Criminal Code, including "organising and financing group actions that grossly violate public order" (Parts 1 and 2 of Art. 342), “inciting social hostility to the government by a group of unidentified individuals” (Art. 130) and “involvement in a criminal organisation” (Part 2 of Art. 285), and faces up to 20 years in prison. For his part, Andrey Chapiuk is charged under "rioting" (Art. 293 of the Criminal Code) and "involvement in a criminal group" (Part 2 of Art. 285 of the same Code) and faces up to eight years in prison.

This trial against the two defenders opens just one day before the 26th anniversary of Viasna. Founded on April 26, 1996, after the dispersal of mass protests held on the 10th anniversary of the Chernobyl nuclear accident, Viasna has been a leading human rights group in Belarus, fighting against impunity by monitoring and documenting human rights violations, and supporting victims of repression. Viasna has faced harassment and interference from the Belarusian authorities throughout its existence. For the last 26 years, the organisation has been persecuted and attacked, denied official registration under national law, and has had its leaders imprisoned. As a result, most human rights defenders who have been engaging with the organisation for the past 26 years are now in prison or in exile.

The reprisals against Viasna and its members are part of a broader crackdown on civil society in Belarus. In 2021 alone, the authorities shut down more than 275 human rights and other independent organisations for political reasons, leaving not one legally operating human rights NGO in the country. In addition, legislative amendments to the Criminal Code adopted in December 2021 re-introduced criminal liability for "acting on behalf of unregistered or liquidated organisations.” The liquidation of all independent human rights organisations by the authorities has therefore led to a de facto criminalisation of human rights work. The rights to freedom of expression, association and peaceful assembly, enshrined in international human rights instruments, including in the International Covenant on Civil and Political Rights, ratified by Belarus, have been severely and continuously violated by the authorities in recent years, which has had a chilling effect on civil society in the country.

The signatory organisations condemn the ongoing arbitrary detention of Marfa Rabkova and Andrey Chapiuk as well as of Ales Bialiatski, head of Viasna, Valiantsin Stefanovic, member of Viasna’s Board and Vice-President of FIDH, Uladzimir Labkovich, lawyer and coordinator of the campaign “Human Rights Defenders for Free Elections”, Leanid Sudalenka, lawyer of the Homieĺ (Gomel) branch of Viasna and volunteer Tatsiana Lasitsa, and call for their immediate and unconditional release and the end of arbitrary administrative and criminal prosecution against them.

The signatory organisations reiterate their support to Viasna and all its members and urge Belarusian authorities to fully abide by their international human rights obligations, as well as to respect and protect the work of human rights defenders and organisations and ensure they can work without hindrance or fear of reprisals.

The Observatory for the Protection of Human Rights Defenders (the Observatory) was created in 1997 by FIDH and the World Organisation Against Torture (OMCT). The objective of this programme is to prevent or remedy situations of repression against human rights defenders. FIDH and OMCT are both members of ProtectDefenders.eu, the European Union Human Rights Defenders Mechanism implemented by international civil society.

The Norwegian Helsinki Committee is a non-governmental organisation working to ensure that human rights are respected in practice. We do this through monitoring, reporting, teaching and democracy support.

Right Livelihood awards each year four individuals or organisations working in a multitude of fields such as Human Rights, Peace, Justice and Sustainability. The Award comes with long-term support for these activists, who are currently 186 from 73 different countries. Having received ECOSOC status in 2018, Right Livelihood actively works with UN Human Rights mechanisms to advance the cause of its Laureates and improve their working conditions. Ales Bialiatski and Viasna received the Award in 2020.

Östgruppen – The Swedish Initiative for Democracy and Human Rights – is working to strengthen democracy and to cast light on human rights abuses in Eastern Europe. By cooperating with many organizations from mainly Belarus and Russia, we support their important work, and through our volunteer and expert network in Sweden, we raise interest and increase knowledge about the situation in our focus countries.

Civil Rights Defenders is an independent international human rights organisation. We partner with and support human rights defenders who work in some of the world's most repressive regions on four continents. Through advocacy, litigation, and public campaigns, we defend people's civil and political rights globally. We also act as Sweden's civil rights watchdog.

Human Rights Watch is an international human rights organization working to investigate and report on human rights abuses in all corners of the world. We direct our advocacy towards governments, armed groups and businesses, pushing them to change or enforce their laws, policies and practices.

Front Line Defenders was founded in Dublin in 2001 with the specific aim of protecting human rights defenders at risk (HRDs), people who work, non-violently, for any or all of the rights enshrined in the Universal Declaration of Human Rights (UDHR). Front Line Defenders addresses the protection needs identified by HRDs themselves.

Helsinki Foundation for Human Rights was founded in 1989 by the members of the Helsinki Committee in Poland. The mission of the Foundation is to promote the development of a culture based on the respect of freedom and human rights in Poland and abroad. Since 2007 the HFHR has had a consultative status within the United Nations Economic and Social Council (ECOSOC). 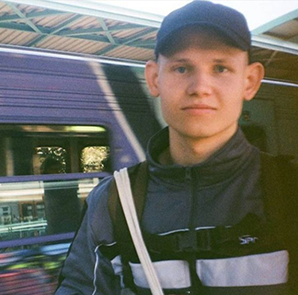 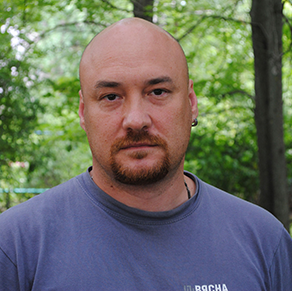