We, the undersigned, write to you once more concerning the case of Dr. Abuljalil Al-Singace, an academic, activist and blogger who is serving a life sentence in Bahrain solely for exercising his human rights tofreedom of expression and peaceful assembly. On 14 December 2022 the European Parliament adopted anurgent resolution calling for the release of Al-Singace, alongside other prisoners, “who have been detained and sentenced for merely exercising their right to freedom of expression.”

On 13 August 2022, we wrote to you regarding Al-Singace and respectfully urged you to secure his immediate and unconditional release, and in the meantime, ensure that he receives adequate health care, beprotected from torture and other ill-treatment, and that his academic work be transferred to his family. To date, none of our requests have been met or acknowledged, and Al-Singace’s situation remains one ofincreasing concern.

Today, 15 January 2023, marks Al-Singace’s 61st birthday, and his twelfth year spent in detention. It has now been a staggering year and a half since Al-Singace began his hunger strike on 8 July 2021 in response to the prison authorities’ confiscation of his book on Bahraini dialects of Arabic that he spent four years researching and writing by hand. During his hunger strike he has been sustaining himself only on multivitamin liquid supplement, tea with milk and sugar, water and salts. His health has significantly deteriorated since the start of his prison sentence. We are deeply disturbed by updates from Al-Singace’s family that detail his current medical condition. Al-Singace suffers from diminished eyesight, pain and inflammation in his joints, tremors, and prostate problems. In recent months, these medical issues have continued to worsen—the pain in his left shoulder has increased and his eyesight has further deteriorated.

In light of Al-Singace’s worsening health, we are extremely concerned by the continued delay or denial of Al-Singace’s medications, in what we fear may be a punitive attempt to pressure him to end his hunger strike.

Furthermore, we are seriously alarmed by the information that we have received from Al-Singace’s family that he has been held in what effectively amounts to solitary confinement within his room in Kanoo Medical Centre, where he has been prohibited from going outside, being exposed to direct sunlight, or receiving the physiotherapy that requires for his disability. The deliberate denial of healthcare has placed Al Singace’s life in grave danger, and amounts to a clear failure to provide healthcare in line with Bahrain’s obligationsunder international human rights law.

In light of the above, we renew our call upon you to release Al-Singace immediately and unconditionally, and in the meantime to ensure he is held in conditions that meet international standards, receives his medication without delay and has access to adequate healthcare, in compliance with medical ethics, and to ensure that his arbitrarily confiscated research is immediately transferred to his family members. 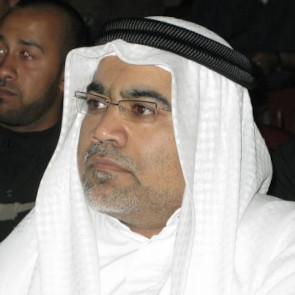