Re: Iran: Arbitrary detention of lawyers and other human rights defenders including Amirsalar Davoudi, Nasrin Sotoudeh, Hoda Amid, Mustafa Nili, and Arash Keykhosravi

We are gravely concerned about the pattern of unlawful detention of human rights lawyers and defenders in Iran in violation of Iran’s international human rights law obligations. This letter elaborates our concerns about the unlawful detention of lawyers Mr. Amirsalar Davoudi,1 Ms. Nasrin Sotoudeh2 and Ms. Hoda Amid,3 about whom several of our organizations have previously written.

We are troubled that on 13 July 2021 Mr. Amirsalar Davoudi’s sentence of 29 years imprisonment, 111 lashes, and a fine of 60 million rials was upheld by the Tehran Revolutionary Court after having been previously quashed by the Iranian Supreme Court. Ms. Nasrin Sotoudeh has been detained since June 2018 and is currently serving a sentence of 38 year imprisonment and 148 lashes.4 Similarly, human rights lawyer Ms. Hoda Amid was sentenced by the Tehran Court of Appeal on February 13 2021, and given an 8-year prison sentence.5

We note the May 2021 communication of a number of Special Procedures mandate holders expressing their “profound concern” that:

Our legal analysis and recommendations are respectfully presented below for your government’s consideration and immediate action. In particular, we recommend that your government take immediate steps to unconditionally release Mr. Amirsalar Davoudi, Ms. Nasrin Sotoudeh and Ms. Hoda Amid, Mr Nili, Mr Keykhosravi and all other human rights lawyers and defenders arbitrarily detained in Iran.

Numerous human rights lawyers and defenders have been arbitrarily detained on illegitimate charges that violate Iran’s obligations under international law and domestic law. Iranian authorities have imprisoned many people on the basis of vaguely worded and overbroad charges that allow for arbitrary application and that unlawfully criminalize their legitimate, peaceful human rights activities. Such charges contravene the principle of legality, which is codified in Article 15 of the International Covenant on Civil and Political Rights (ICCPR),8 ratified by Iran in 1975. Iran’s Civil Code, Article 9, provides that ratified treaties such as the ICCPR have the same force of law as parliamentary legislation.9

The principle of legality is also established by Iran’s 2014 Islamic Penal Code, Article 10, which provides that “punishment and security and correction measures must be in accordance with a law adopted prior to commission of the crime; and no one who has committed any conduct including any act or omission is punishable by the law passed subsequently.”10 Laws must be legitimately passed and sufficiently precise that people are able to know in advance what behaviour is unlawful so that they can govern their actions accordingly.11

For example, Mr. Davoudi was convicted on charges such as “insulting officials,” “insulting the Supreme Leader,” “spreading propaganda against the system,” and “cooperation with a hostile government.”12 Ms. Sotoudeh is serving a sentence based on a number of charges that include “encouraging corruption and prostitution” in connection to her work defending women arrested for peaceful protest against veiling laws.13 Ms. Amid has been imprisoned on charges that include “collaborating with the hostile American government against the Islamic Republic on women and family issues” for putting on educational workshops informing women about their marital and familial rights under the law.14 Mr. Nili and Mr. Keykhosravi are charged with the crimes of “disruption of public order and some national security related issues” according to Iran’s judiciary spokesperson.15 The laws under which they are being prosecuted are so vaguely worded that they can be construed to cover a wide variety of lawful behaviours that are protected by the ICCPR.

We respectfully draw your Excellencies’ attention to the ICCPR, which is binding on Iran.16 Mr. Davoudi, Ms. Sotoudeh and Ms. Amid are being prosecuted for performing their lawful duties as lawyers and peacefully expressing their views as citizens.

Mr. Davoudi has been prosecuted because of his use of his Telegram social media channel and interviews with the Voice of America (VOA) Persian news service and the Center for Human rights in Iran to raise concerns about Iran’s treatment of human rights defenders. Such prosecutions violate his right to freedom of expression pursuant to ICCPR Article 19. He is also being prosecuted for his legal representation of individuals entitled to representation pursuant to ICCPR Article 14 and in violation of his rights under Article 9 not to be arbitrarily detained. Ms. Sotoudeh has been prosecuted in violation of ICCPR Article 14 for representing imprisoned Iranian opposition activists and politicians following the disputed June 2009 Iranian presidential elections,17 prisoners facing death for offences committed as minors, and for representing women arrested for appearing in public without a hijab.18 Ms. Amid is being prosecuted for exercising her rights under ICCPR Article 19, providing education to women about their legal rights.

The UN Human Rights Committee, in its General Comment 35, an authoritative interpretation of ICCPR Article 9, provides that “arrest or detention as punishment for the legitimate exercise of the rights as guaranteed by the Covenant is arbitrary, including [but not limited to] freedom of opinion and expression (art. 19), freedom of assembly (art. 21), (and) freedom of association (art. 22).19 The Human Rights Committee’s General Comment 34 provides that the right to freedom of expression covers “all forms of expression and the means of their dissemination” including “political discourse, commentary on public affairs, discussion of human rights, journalism, etc.”20 The Special Rapporteur on Human Rights in Iran has emphasized that no one should be detained for their peaceful exercise of rights guaranteed to them under the ICCPR.21

The UN Special Rapporteur on the Situation of Human Rights Defenders, Ms. Mary Lawlor, has raised concern that Iran is using prolonged arbitrary detention as a tool to systematically silence human rights defenders. The UN Declaration on Human Rights Defenders22 affirms that it is essential that human rights defenders in every country be provided with an enabling environment to give voice to the general public’s rights.

Numerous lawyers and other human rights defenders, including Nasrin Sotoudeh, Hoda Amid, and Amirsalar Davoudi, have been sentenced to lengthy periods of imprisonment after proceedings that violate fair trial rights guaranteed by ICCPR Article 14. Such protracted arbitrary detention also leads to unlawful restrictions on access to justice for citizens in Iran.23 By being accused on vaguely worded charges such as “harming national security”24 Iran’s human rights lawyers and defenders are kept from performing the vital service of informing the public of rights to which every person is entitled to under international human rights law.

The UN Working Group on Arbitrary Detention has referred to this practice as a “systemic” and “serious violation of international law”25 that needs to be halted immediately and unconditionally.

As a party to the ICCPR and the International Covenant on Economic, Social, and Cultural Rights (ICESCR), which Iran also ratified in 1975, Iran is obliged to ensure everyone’s health and well-being. The UN Committee on Economic, Social and Cultural Rights confirms in its General Comment on Article 12 of the ICESCR, that every State Party is “legally obliged to respect, protect and fulfil the right of everyone to the enjoyment of the highest attainable standard of physical and mental health.”26 Iran must also respect the UN Standard Minimum Rules for the Treatment of Prisoners (Nelson Mandela Rules), which emphasize the duty of States to ensure the health and safety of prisoners.27 Iran has failed to fulfil many of these rights when it comes to political prisoners, including Mr. Davoudi and Ms. Sotoudeh by not guaranteeing the prison conditions, including adequate access to medical care, that are required under these international standards.

In March 2020, Mr. Davoudi was excluded from the mass prisoner release intended to reduce the spread of COVID-19. He tested positive for COVID-19 in August 2020.28 Nasrin Sotoudeh, was also excluded from the COVID-19 prisoner release while an earlier wave of the pandemic was ravaging Iranian prisons. She was transferred to the notorious Qarchak prison where she caught COVID-19, exacerbating her pre-existing health conditions.29 In August 2020, Ms. Sotoudeh went on a hunger strike to protest overcrowded and unhygienic conditions in which prisoners were being held during the pandemic.30 On 21 July 2021 she was granted a temporary medical leave, which has been extended since then.

On 14 September 2020, the UN High Commissioner for Human Rights Michelle Bachelet stated her concern that political prisoners and prisoners of conscience were excluded from Iran's temporary release of detainees in the context of the COVID-19 pandemic. She expressed dismay “at the prolonged hunger-strike of human rights lawyer Nasrin Sotoudeh” and urged Iran “to pursue many more temporary releases, as an urgent public health measure, and to immediately release political prisoners and prisoners of conscience.”31

We are also concerned about the unlawful use of solitary confinement in Iran’s prisons. The Nelson Mandela Rules provide that solitary confinement - defined as lack of “meaningful human contact for 22 hours or more” per day lasting more than 15 consecutive days (Rule 44) - be used “in exceptional cases as a last resort” for as short a time as possible.32 Solitary confinement also violates Article 7 of the ICCPR, which prohibits “torture, or other cruel, inhuman or degrading treatment or punishment.”33

After his arrest in November 2018, Mr. Davoudi was held in solitary confinement in ward 241 of Tehran’s Evin prison - for 190 consecutive days.34 Ward 241 is known to have either solitary cells or small locked cells called “Suites” controlled by the Ministry of Intelligence (MOIS).35 Similarly, Mr Nili and Mr. Keykhosravi were held in solitary confinement for 23 consecutive days in ward 241 of Tehran’s Evin prison after their arrest on 14 August 2021.36

The Nelson Mandela Rules call for all prisoners to “be allowed, under necessary supervisions, to communicate with their family and friends at regular intervals” (Rule 58).37 This includes phone calls, digital correspondence, and in-person visits.

On 9 February 2020, Mr. Davoudi went on a 10-day hunger strike to protest authorities’ refusal to allow him to see his daughter.38 According to the 2020 report by the Special Rapporteur on Human Rights in Iran, the arbitrariness of visitation and telephone communication being denied to detained individuals violates both “the Prison Regulations of the Islamic Republic of Iran and international law.”39 Mr. Davoudi has communicated that the reasons for his hunger strike were in protest of unlawful prison conditions since his arrest, including prolonged periods in solitary confinement and inability to have visits with his family40

During their 23 days of solitary confinement, Mr. Nili and Mr. Keykhosravi were denied access to legal counsel and phone calls to their relatives, in violation of Iranian law, international standards of due process,41 and the right under Article 7 of the ICCPR to be free from ill-treatment.

16. Governments shall ensure that lawyers (a) are able to perform all of their professional functions without intimidation, hindrance, harassment or improper interference (...) and (c) shall not suffer, or be threatened with, prosecution or administrative, economic or other sanctions for any action taken in accordance with recognized professional duties, standards and ethics.

23. Lawyers like other citizens are entitled to freedom of expression, belief, association and assembly. In particular, they shall have the right to take part in public discussion of matters concerning the law, the administration of justice and the promotion and protection of human rights and to join or form local, national or international organizations and attend their meetings, without suffering professional restrictions by reason of their lawful action or their membership in a lawful organization. In exercising these rights, lawyers shall always conduct themselves in accordance with the law and the recognized standards and ethics of the legal profession.

In view of the above, we call on Your Excellencies to take the following actions:

We look forward to receiving a reply to this letter. We will continue to monitor the situation of lawyers and human rights defenders in the Islamic Republic of Iran.

Law Society of England and Wales

3Lawyers for Lawyers and Lawyers’ Rights Watch Canada, Iran: Imprisonment of Hoda Amid and the Harassment of Lawyers, letter 16 March 2021, https://www.lrwc.org/iran-imprisonment-of-hoda-amid-and-the-harassment-of-lawyers-joint-letter/.

https://www.frontlinedefenders.org/en/case/women-human-rights-rights-defenders-hoda-amid-convicted-and-najmeh-vahedi; Lawyers for Lawyers, and Lawyers' Rights Watch Canada, Joint letter on the imprisonment of Hoda Amid, 17 March 2021, https://lawyersforlawyers.org/en/joint-letter-on-the-imprisonment-of-hoda-amid/.

6UN Human Rights Council, Report of the Special Rapporteur on the situation of human rights in the Islamic Republic of Iran A/HRC/43/61, 28 January 2020, https://undocs.org/en/A/HRC/43/61. 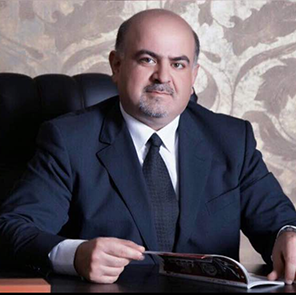 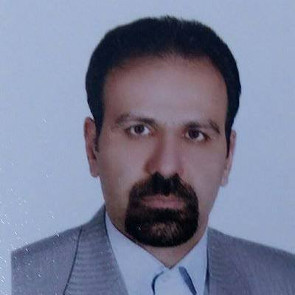 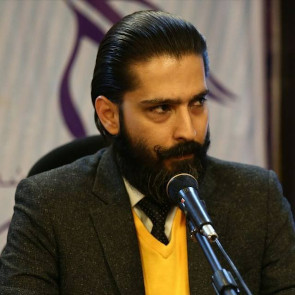 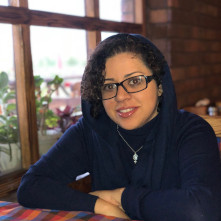