On the International Day Against Homophobia, Transphobia and Biphobia (IDAHOT), Front Line Defenders is calling for an end to the harassment, intimidation and attacks suffered by LGBTI rights defenders.

In 2015, LGBTI communities around the world celebrated a series of victories: in May Ireland became the first country to legalise same-sex marriage by referendum and in June the US Supreme Court ruled in favour of same-sex marriage nationwide. In May 2016, after a lengthy battle, Italy also approved a same-sex civil partnership bill. These victories show that the struggle of human rights defenders and their fierce advocacy work can bring tangible results and much-needed changes at both the political and cultural levels.

Yet, in many countries the situation remains dire. In Bangladesh, on 25 April 2016, prominent LGBTI human rights defenders Xulhaz Mannan and Mahbub Tonoy were killed by a group of unidentified men. Homosexual relations are criminalised in Bangladesh and many LGBTI rights defenders have been forced into exile. In Tunisia, LGBTI defenders are subjected to threats, intimidation, smear campaigns and judicial harassment. Homosexuality is illegal in the country, punishable by up to three years in prison. In Honduras, more than 200 members of the LGBTI community were killed between 2008 and 2015. Among these, many were human rights defenders, who are doubly discriminated against: both their sexual orientation or identity and their work in defense of human rights puts them at risk of attack.

The work of LGBTI rights defenders is critical. They investigate and seek justice for violations that may otherwise go unreported and unpunished. They put pressure on the government to address discrimination and harassment against their communities. They provide support to those who suffer abuses because of their sexual orientation and gender identity.

On International Day Against Homophobia, Transphobia and Biphobia, get to know the stories of these seven brave LGBTI rights defenders from around the world: 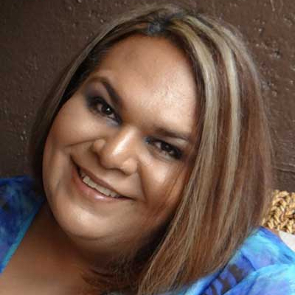 Natasha Jimenez is a feminist, trans and intersex activist. She is the General Coordinator of the NGO Espacio Latinoamericano de Sexualidades y Derechos - Mulabi (Latin American Space of Sexualities and Rights) and she has been advocating for the rights of LGBTI people for the past 30 years. In Costa Rica, trans people - and trans sex workers in particular - are often arbitrarily arrested and raped by police officers. They also suffer discrimination when looking for employment and they are denied adequate medical care. In 2012, the Mulabi office was broken into and valuable items were stolen. The attackers left dead animals and blood in front of their door. The identity of the attackers remain unknown.

Donny Reyes is the director of Asociación Arcoiris, an LGBTI organisation which provides support to LGBTI persons who suffered violence, works on awareness initiatives, promotes HIV prevention programs and lobbies the Honduran government to advance LGBTI's rights in the country. Donny has suffered attacks, intimidation, threats, and beatings by the police. He was forced to leave Honduras and go into hiding a number of times. Between July 2015 and January 2016, his association has reported 36 security incidents and six of its members have been killed. 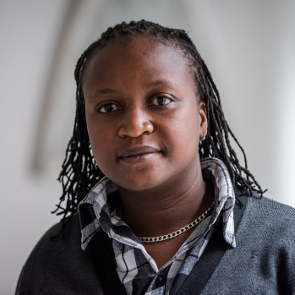 Sandra Ntebi works with the Ugandan LGBT Security Committe. She monitors and respond to reports of threats against the LGBTI community in her country, and has to constantly face police harassment as a result. Sandra also manages a hotline to help LGBTI people who are at risk find alternative and safe accommodation after they have faced harassment. Although the infamous "kill the gay" bill was declared invalid in 2014, LGBT people still face violent attacks. 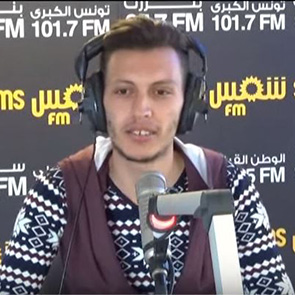 Bouhdid Belhedi is a member of the Executive Bureau of Shams, a NGO which works for LGBTQ rights and campaigns for the decriminalisation of homosexuality in Tunisia. After several attempts, Shams was granted official registration by Tunisia's Interior Ministry in May 2015, but its members continue to face harassment and attacks. On 27 April 2016, three young men brutally assaulted Bouhdid in his hometown of Hammamet, after the group recognised his affiliation to Shams. He was insulted, beaten in his stomach, threatened, and was unable to escape until some passers-by helpfully intervened. 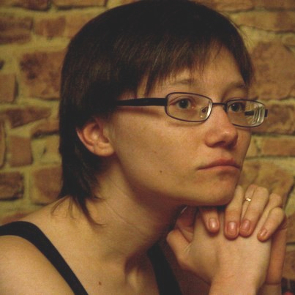 Lena Klimova is a journalist based in Nizhny Tagil and is the author of a series of articles on LGBTI teenagers. In 2013, she set up an online community called Children-404, which provides a space for teenagers to discuss LGBTI issues, speak about the discrimination they suffer and support each other. Because of her work, Lena has faced homophobic threats, including death threats, and judicial harassment. On 23 January 2015, a court condemned her to an administrative fine of 50,000 rubles (approximatively €650) for “propagating non-traditional sexual relations among minors". 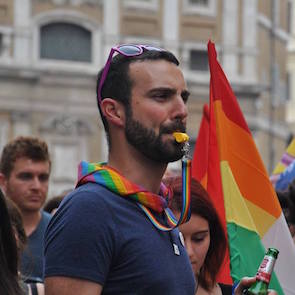 Stefano Bucaioni is a member of the LGBTI organisation Omphalos in Perugia and in November 2015 he became vice-president of Arcigay, the foremost Italian LGBTI non-profit organisation. LGBTI people still face discrimination and harassment in Italy. In March 2014, Stefano and other LGBTI activists went to a square in Perugia where an anti-LGBTI demonstration was taking place. Five months later, he was notified that the police had formally charged him with a public order offence for breaching the peace, as he was seen kissing his husband (they were legally married in the UK). The police report claimed his "long and passionate kiss had disgusted passers-by and disturbed the anti-LGBT protest”. On 11 May 2016, the Italian parliament voted to approve same-sex civil unions. Before this bill was passed, Italy was the only country in Western Europe that did not recognise same-sex marriage or civil-partnerships. 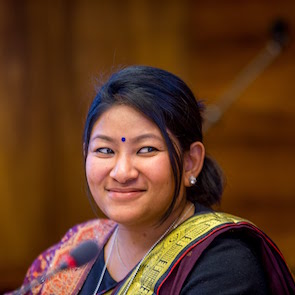 Shyra Karki works for Mitini Nepal, an organisation supporting LGBTI rights. It was established in 2005 with the aim of protecting and promoting rights of sexual and gender minorities' people of Nepal. In September 2015, Nepal approved a new constitution that includes legal protections based on sexual orientation and gender identity. Yet, the country has yet to extend marriage rights to same-sex couples and anti-LGBT discrimination continues to persist. As an LGBTI activist, Shyra regularly faces threats and intimidation. She has been threatened with rape and kidnap as well as receiving death threats. 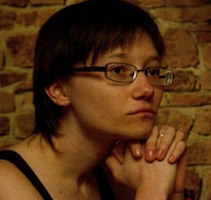