Dublin, London, Paris-Geneva, March 23 2020 – Repression of human rights defenders continues in Turkey where a board member of the Human Rights Association (IHD) was convicted and sentenced to over six years in prison for his legitimate human rights activities. The Observatory (FIDH-OMCT) along with Front Line Defenders and Amnesty International deplore this new conviction which, once again, reflects the harsh context in which human rights defenders operate in Turkey.

On March 12, 2020, Mehmet Raci Bilici, national board member of the Human Rights Association (IHD) and former chair of the organisation’s Diyarbakır branch, was sentenced by Diyarbakır Heavy Penal Court No.5 to six years and three months imprisonment for "membership to a terrorist organisation" (Article 314/2 of the Turkish Penal Code). The Court imposed an international travel ban on Mehmet Raci Bilici, who is not detained pending his appeal. This conviction is based on his legitimate human rights work between 2011 and 2014 on behalf of IHD as a board member and former chair of IHD’s Diyarbakır branch. At the time of writing, the Court’s reasoned judgment had not yet been issued. The verdict is subject to appeal – if it is upheld, Mehmet Raci Bilici would not be able to practice as a lawyer in accordance with the Attorneyship Act of Turkey.

In the indictment, the Prosecutor had requested Mehmet Raci Bilici’s conviction based on wiretaps and audio surveillance of activities that he had participated in and some of his social media posts in 2015 and 2016. The activities subjected to surveillance were his monitoring of human rights violations, participation in meetings of human rights organisations and of the Democratic Society Congress, an umbrella organisation focusing on Kurdish rights and politics. The social media posts included in the indictment do not represent evidence of criminal acts, let alone any connection to terrorism.

Mehmet Raci Bilici was previously detained on 15 March 2017 and released on bail with judicial controls – a travel ban and reporting to a police station once a week - on 21 March 2017 within the scope of the same case1. The judicial controls were eventually lifted in spring 2018.

The Observatory for the Protection of Human Rights Defenders, Amnesty International and Front Line Defenders are deeply concerned that Mehmet Raci Bilici has been convicted of ‘membership of a terrorist organisation’ on the basis of his activities as a human rights defender. This unjust verdict amounts to judicial harassment; it is an attempt to punish and silence Mehmet Raci Bilici in order to stop him and others from carrying out legitimate human rights activities.

We call on the Turkish authorities to immediately and unconditionally stop any harassment, including through unwarranted prosecution, of Mehmet Raci Bilici and all human rights defenders in Turkey. We hope that Mehmet Raci Bilici’s unfair conviction will be quashed by the appeals court, and that he will be free to continue his human rights work without further harassment. We will continue to monitor Raci Bilici’s case in its appeal stages. 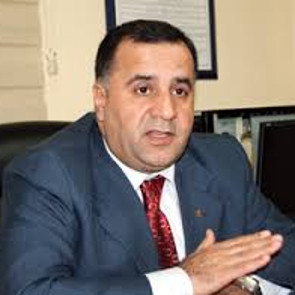