Front Line Defenders condemns the ruling in a Turkish court today that found human rights defenders Taner Kılıç, Özlem Dalkıran, Günal Kuşun, İdil Eser guilty of charges related to membership in (Taner) and aiding and abetting (Özlem, Günal and İdil) an organization that the Turkish government has labeled as a terrorist organization. While the judges acquitted seven of the defendants in the Büyükada trial against 11 rights defenders, the judgement against the four well-known and well-respected HRDs represents a failure of the judicial system and a capitulation to the Erdogan government’s continued assault on civil society in Turkey.

On the morning of 5 July 2017 the Ascot hotel, a venue where a workshop for Turkish human rights defenders on the island of Büyükada was being held, was raided by Turkish police. All of the participants were arrested and subsequently moved to detention centres. The 11 HRDs (ten were arrested on 5 July; Taner Kılıç was already facing other charges and was subsequently added as a co-defendant to this case) were subjected to years of hearings and judicial process related to their detention during the hearings. Evidence presented in the trial was unverified of fabricated, with some allegations being disproven by the Turkish police’s own cybercrimes unit as well as independent experts.

Nearly three years later, the verdict has been rendered, one which only exposes the Turkish judicial system as having failed to maintain the rule of law and independence of the judiciary. Taner Kılıç, the honorary chair of Amnesty International Turkey is sentenced to 6 years 3 months for "membership to an armed terrorist organisation", while Günal Kuşun, Ankara representative of Human Rights Agenda Association, İdil Eser, former Director of AI Turkey, and Özlem Dalkıran, from Citizens' Assembly and founding member of AI Turkey, were each given 2 years 1 month sentences for "assisting to an armed terrorist organisation knowingly and willingly". The remaining 7 human rights defenders, Ali Gharavi, Ilknur Ustun, Nejat Tastan, Nalan Erkem, Peter Steudtner, Seyhmus Ozbekli and Veli Acu are acquitted. It is important to note that one of the three judges disagreed with the judgement.

In response, Özlem Dalkıran said, "What is put on trial here is not only the 11 people there, but the community of human rights as a whole."

Front Line Defenders Executive Director, Andrew Anderson, said in response, “Defending human rights is not a crime – not in Turkey, not anywhere. The invention of charges in this case, the absurd trial and the fabrication of evidence could not even convince all the judges. On the same day the eyes of the world turning to Turkey’s judicial system to mete out justice in the case of the assassination of Jamal Khashoggi, this ruling leaves a dark stain on the Turkish system of law and order.”

The decision did not come unanimously. Of the three judges of the panel opposed the verdict, saying that all four defendants should have been acquitted as the accusations against them were not substantiated. He is expected detail his dissenting opinion in the justified verdict.

While the convicted HRDs plan to appeal, Front Line Defenders calls on the Turkish public and media to reject this outcome and to pressure the authorities to stop the persecution of human rights defenders, civil society and journalists. 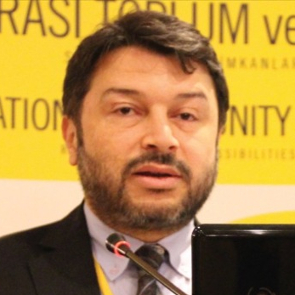