Front Line Defenders has strongly condemned the detention of human rights defenders in Sudan, and calls on EU High Representative Federica Mogherini to raise their cases during her meeting with Sudanese Foreign Minister Al-Dirdiri Mohamed Ahmed tomorrow, and call for their immediate and unconditional release.

“The Sudanese Government is seeking to “normalise” relations with the EU and other Governments and it is important that the EU makes clear that it will not accept as normal the detention and ill-treatment of human rights defenders,” said Andrew Anderson, Executive Director, “In the context of international concern related to Saudi Arabia’s brutal killing of journalist Jamal Kashoggi it is important to focus also on Sudan’s actions to target critical voices living outside the country.”

Sudanese human rights defender Mohamed Hasan Alim, known as ‘Al Boshi’, is a blogger and human rights defender who denounces corruption and human rights violations via social media. He was previously detained for several weeks in 2011 and 2013, beaten and held in difficult conditions because of his work in defence of human rights. He had lived in exile in Egypt since 2017 as an asylum seeker under UNHCR protection. Mohamed Hasan Alim ‘Al Boshi’, was forcibly disappeared in Egypt in October 2018 and taken to Sudan, where he is being held incommunicado by Sudanese National Intelligence and Security Service. On 8 November 2018, after refusing to provide any information about his detention, the State Security Prosecution pressed charges against the human rights defender that carry the death penalty. To date, he has been denied any access to his lawyers or family.

November 2018 has also marked the one year anniversary of Hisham Ali Mohamed Ali’s detention without any legal grounds. The human rights defender’s health has been constantly deteriorating. Hisham Ali Mohammad Ali is a Sudanese blogger and human rights defender. He has contributed to various online forums and news websites and has been vocal about corruption and the practice of torture in Sudan. He has also been an advocate of Sudan’s civil disobedience, which began in late 2016 and included the “stay-at-home strikes”, protesting the violation of human rights by government austerity measures and corruption. The human rights defender moved to Saudi Arabia in 2010 where he had been working as an accountant. On 18 November 2017, at the request of the Sudanese authorities, Hisham Ali Mohamed Ali was arrested by Saudi security forces. After almost six months in detention in Saudi Arabia, on 29 May 2018,  Hisham Ali Mohammad Ali was deported to Sudan, where he is being held in the State Security detention center. He has never been presented to the prosecution. The human rights defender described the state security detention place  to his family as inhuman. His health  has been deteriorating constantly and he has been brought to the hospital several times for significant loss of weight, a blood disorder and high cholesterol rates, which according to his doctor, increases the risk of a potential heart attack significantly. Hisham Ali Mohammad Ali might be facing up to seven charges, including for crimes which carry  the death penalty such as “undermining the constitutional order” and “provoking war against the state of Sudan”.

Front Line Defenders is concerned for the safety of Hisham Ali Mohammad Ali, especially in light of his health problems. It condemns his ongoing  unlawful detention, and that of Mohamed Hasan Alim ‘Al Boshi’, which it believes it to be solely connected to their legitimate and peaceful work in promoting and protecting human rights in Sudan. Detained human rights defenders in Sudan are often being held in cells that fall outside the jurisdiction of prison laws and regulations, and there have been reports of ill-treatment and torture.

We call on HRVP Mogherini to urges Foreign Minister Al-Dirdiri Mohamed Ahmed to immediately and unconditionally release Mohamed Hasan Alim and Hisham Ali Mohammad Ali and drop all the charges brought against them. They should also be allowed contact with their family and lawyers. Sudan should also take all necessary measures to guarantee the physical and psychological integrity and security of detained human rights defenders and ensure that they treatment, while in detention, adheres to the conditions set out in the ‘Body of Principles for the Protection of All Persons under Any Form of Detention or Imprisonment', adopted by UN General Assembly resolution 43/173 of 9 December 1988.

Ms Mogherini should also call for all human rights defenders in Sudan, carrying out their legitimate work in the defence of human rights, to be able to operate free of restrictions and reprisals, including judicial harassment. 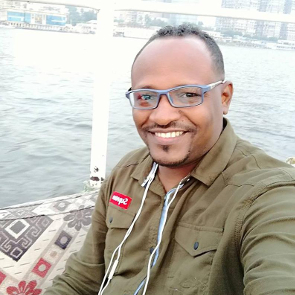 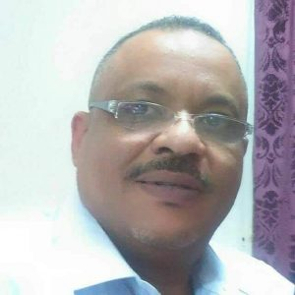