Vietnam continued its tirade of oppression against human rights defenders this week, as the People’s Court in Khanh Hoa province sentenced world-renowned writer and activist Nguyen Ngoc Nhu Quynh, known as "Mother Mushroom," to 10 years’ imprisonment. On 29 June 2017, Nguyen Ngoc Nhu Quynh received a decade-long prison sentence after a one day trial. She was convicted of "conducting anti-state propaganda" under Article 88 of Vietnam's penal code, a widely-criticised article frequently used against human rights defenders who dare to expose human rights abuses in Vietnam.

For more information on the courageous work of WHRD Mother Mushroom, see her case history on the Front Line Defenders website.

On 30 June, Ambassador Bruno Angelet, Head of the Delegation of the European Union to Vietnam issued the following statement condemning the harsh sentence against WHRD Mother Mushroom.

Yesterday's sentencing of Ms. Nguyễn Ngọc Như Quỳnh to 10 years in prison after she had peacefully expressed her opinion on environmental and social issues directly contradicts the Universal Declaration of Human Rights and the International Covenant on Civil and Political Rights to which Vietnam is a party, in which the freedoms of opinion and expression are enshrined as fundamental rights of every human being, indispensable for individual dignity and fulfilment, as well as Article 25 of the Vietnamese Constitution. The fact that her lawyer was allowed to meet her to prepare her defence only a few days ago calls into question the due process to which every Vietnamese is entitled under the law.

The decision by the Vietnamese authorities not to allow representatives of the EU Delegation and those of the EU Member States' embassies to observe the trial raises questions as to the transparency of the process. The European Union calls for the immediate and unconditional release of Ms. Nguyễn Ngọc Như Quỳnh.

The European Union will continue to monitor the Human Rights Situation in Vietnam, and work with the authorities towards the improvement of the human rights situation in the country. 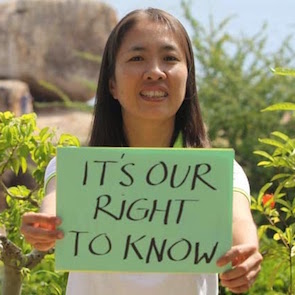