On 24 May 2017, President Abdel Fatah El Sisi signed a highly restrictive law that provides the government with extraordinary powers over NGOs and stifles the activities of civil society. The bill was approved by Parliament in November 2016 but was put on hold after an outcry by local and international civil society organisations to prevent the President from passing it into law. Law 70 of 2017 severely limits the functioning of civil society organisations and unduly restricts the rights to freedom of expression and association. It introduces hefty fines and prison terms for civil society groups who publish a study or a report without prior approval by the government or engage in activities that do not have a developmental or social focus. These new restrictions make it practically impossible for human rights organisations to carry out their work.

The law provides unprecedented authority to government bodies to interfere in the day-to-day operations of civil society organisations, including their cooperation with any entities outside of Egypt.

Worryingly, the law includes overly broad and vague provisions that could lead to its arbitrary application and targeting legitimate activities. Article 13 of the law broadly prohibits civil society organisations from conducting activities that could be deemed harmful to national security, public order, public morality, or public health. The law further violates the right to freedom of association and criminalises activities considered to be of a “political nature” as well as legislative reform work thereby impeding the important work of independent civil society groups in Egypt.

In addition, the government has imposed unwarranted restrictions on the right to freedom of expression online and the ability of individuals to communicate freely and seek and receive information. On 25 May, the government blocked 21 websites and accused them of spreading “terrorism and extremism” and “publishing lies". The block was carried out without any legal process or judicial oversight. These websites include Mada Masr - one of the few independent news outlets that carries out investigative journalism.

On 25 May 2017, more than 10 media outlets published articles and reports as part of a smear campaign against human rights defenders who had travelled to Rome a few days before to participate in a meeting with civil society representatives from other countries. The articles labelled the human rights defenders “traitors,” and urged the Egyptian intelligence service to try them on criminal charges upon their return. This smear campaign is intended to discredit and delegitimise the work of peaceful activists by tarnishing their reputation.

Human rights defenders continue to be intimidated and harassed by the authorities. On 24 May, human rights activist and Director of the Egypt Programme for the Cairo Institute for Human Rights Studies (CIHRS), Mohamed Zaree, was released on bail of 30,000 EGP (1,650 USD) after being interrogated for several hours by a judge. He was accused of receiving foreign funding for CIHRS, together with other civil society organisations, and for using the funds to promote activities that the authorities perceive to be against national security. He was also accused of tarnishing the reputation of Egypt by preparing human rights reports for the United Nations Human Rights Council.

What is also clear from recent events in Egypt, is that the Egyptian state seems determined to close down the civic space of feminists and women human rights defenders (WHRDs) in particular.

The stifling of the activism of Egyptian feminists and WHRDs such as Azza Soliman and Mozn Hassan who work on critical issues of violence against women, the closure of the El Nadeem center, and the travel ban against WHRD, Aida Seif el-Dawla, etc, are typical of the tools normally used against WHRDs under repressive governments.

We urge the Egyptian authorities to repeal Law 70 of 2017, close the ongoing criminal investigation into the work of human rights groups and ensure a safe and enabling environment in which civil society organisations and human rights defenders can carry out their work without fear of reprisals.

Association for Freedom of Thought and Expression 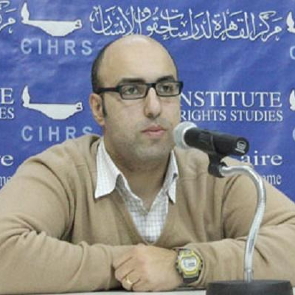