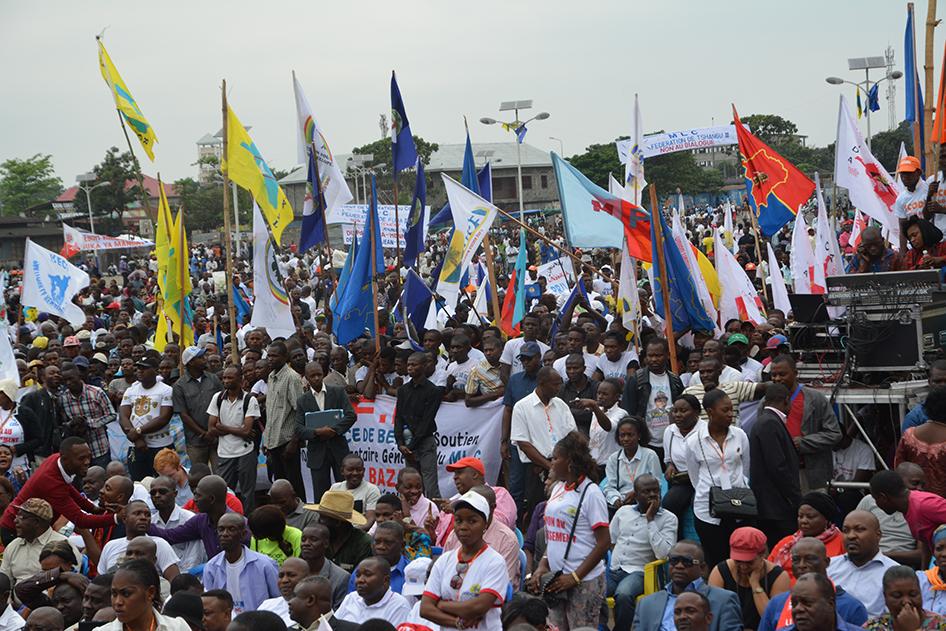 On 21 March 2016, the Democratic Republic of the Congo (DRC)'s Minister of Justice Alexis Thambwe Mwamba said that more than 80 percent of the Congolese NGOs are not officially registered. He announced that the government would take measures – including fines and closure orders - against the organisations that are operating without legal status. The Congolese parliament will also discuss a draft law to prohibit demonstrations in front of sensitive locations such as the presidential palace, the parliament, and government buildings.

Local NGOs fear authorities will use this repressive legislation to clamp down on pro-democracy and human rights groups, ahead of the presidential and legislative elections due to be held in November 2016. President Joseph Kabila took power in 2001, following the assassination of his father. He was officially elected as President in 2006 and in 2011 he was re-elected for a second term. Although the constitution bars him from running again, Kabila has vowed to stand for a third term. The elections have already been delayed numerous times and Kabila is staying in office beyond the end of his mandate.

Under Kabila's government, the police have violently suppressed the protests organised by opposition groups. DRC authorities have arbitrarily arrested pro-democracy activists and human rights defenders, and they have opened legal proceedings against Congolese NGOs.

On 5 December 2015 the government launched an administrative inquiry against the Coalition Pour le Respect de la Constitution - CRC (Coalition for the Respect of the Constitution), a network composed of 33 NGOs. The coalition was created to put pressure on the government to organise elections according to constitutional provisions and ensure democratic change occurs peacefully. Among the organisations that are members of the CRC are the Association Congolaise pour l'Accès à la Justice – ACAJ (Congolese Association for Access to Justice) and Amis de Nelson Mandela pour la défence des droits de l'homme - ANMDH (Friends of Nelson Mandela for the Defence of Human Rights).

The Ministry of Communications and Media initiated the 2015 inquiry under claims brought by the government that only nine out of the 33 NGOs in the CRC were legally registered. The government also claimed that since CRC's press releases were signed by only two people, this 'would violate the principles vis-à-vis third responsibility in a Rule of Law'. The CRC has rejected these accusations and confirmed that each of the 33 human rights NGOs are legally registered.