December 16th, 2022. Approximately 20 people, including army personnel and people in plain clothes, broke into the offices of the Dominican-Haitian Women's Movement (MUDHA) without showing a warrant on the morning of Sunday, December 11. According to the complaint filed by the organisation, the security camera footage showed how they broke into the building using a ladder, cut off the electricity and, once inside, opened each office and searched it, leaving items searched on the floor. The raid lasted approximately two hours. Although the security guard was inside the building, no person identified themselves as an agent of the public prosecutor's office and no court order was presented before or after the raid authorizing entry to the building.

The Center for Justice and International Law – CEJIL and Front Line Defenders recognize MUDHA's tireless fight for the rights of communities of Haitian descent, particularly denationalized Dominicans and those at risk of statelessness. We express concern at the warrantless raid of MUDHA’s office and we call on the Dominican authorities to provide complete information on what happened and to ensure that these events are not repeated.

The work of organizations such as MUDHA is carried out in the Dominican Republic in a context of intimidation and violence against human rights defenders who advocate for the political and civil rights of Dominicans of Haitian descent, as has been verified by the Inter-American Commission on Human Rights and previously documented by our organizations.

Movimiento de Mujeres Dominico-Haitianas (MUDHA) is a civil society organization, that since 1983 has defended the rights of communities of Haitian descent in the Dominican Republic. Through a technical team, MUDHA implements human development programs on health, legal assistance, civil and human rights, and education for communities of Haitian descent, which make up a minority in the country and have historically been victims of discrimination, racism, and xenophobia.

CEJIL and Front Line Defenders reject any attempt to harass, intimidate, or threaten MUDHA members in retaliation for their work in defense of the rights of the communities they accompany. Likewise, we express our concern at the intimidating effect that this raid may have against MUDHA members and all people, including human rights defenders, and organisations in the Dominican Republic that work in favor of the rights of Haitians and Dominicans of Haitian descent. Finally, we call on the Dominican government to respect and guarantee the right to defend human rights in the country. 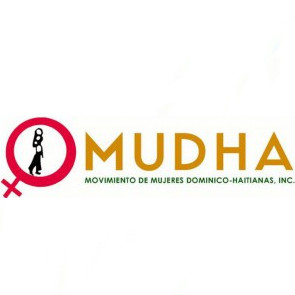