Civic space in Togo is experiencing an accelerated deterioration since the political unrest challenging President Faure Gnassingbé’s fourth term, contributing to a very hostile working environment for human rights defenders and journalists who are systematically denied their rights to freedom of assembly and access to information. Press offences have been decriminalized in Togo since 2004, but Article 3 of the Press and Communication Code adopted in 2020 criminalizes speaking out on social media platforms. Human rights defenders are increasingly targeted and harassed for their speeches both in newspapers and on social media. Several journalists and human rights defenders have been subjected to judicial harassment for exercising their right to freedom of expression.

On 11 December 2021, human rights defender and pro-democracy activist Fovi Katakou, also a person with a disability, was arrested by gendarmes at his home in Soviepe, Lome and taken to the premises of the Central Criminal Investigation and Investigation Service (SCRIC). He is accused of promoting crimes and inciting resurrection against state authority after a post on his social media page where he said that “from students, military, religious leaders and artists, nobody was immune from the social control of President Gnassimgbe and his clan. Nobody is safe in this country”. Fovi Katakou was detained at the Lome Civil prison, and was released on 20 December 2021 and placed under judicial control. The charges against him are still pending. The human rights defender was previously arrested from 30 June 2019 to 1 July 2019 together with 5 other people for lack of accreditation when they were disseminating information on social networks regarding massive fraud attempts during the elections.

Journalists and human rights defenders Ferdinand Ayite and Joel Egah were respectively summoned and arrested on 9 and 10 December 2021 by the Research and Investigation Brigade. Their arrest follows complaints made by two government Ministers regarding an online broadcast called L’Autre journal, a popular news and debate program on Youtube by L’Alternative web-TV, where they discussed the two Ministers’ alleged corruption and manipulation of the Togo public. The human rights defenders are accused of “contempt of authorities” and “propagation of falsehoods”, and are currently detained at the Lome Civil prison.

This is not the first time that Ferdinand Ayite has been targeted for his human rights work. On 4 November 2020, the Court of First Instance of Lomé sentenced the investigative journalist Ferdinand Ayité and the newspaper he works for, L’Alternative, to pay a fine of 2,000,000 CFA francs (€3,028) each, after finding him and his newspaper guilty of defamation under Articles 160 and 163 of the Press Code. The complaint was referring to an article published on 9 June 2020 by Ferdiand Ayite, uncovering a case of misappropriation of funds ranging between 400 and 500 billion CFA francs (610 to 760 million euros) and related to the import of petroleum products.

Front Line Defenders is deeply concerned by the targeting and systematic arrest of dissenting voices, including human rights defenders, in Togo. It urges the authorities to drop all the charges against Fovi Katakou and immediately and conditionally release both Ferdinand Ayite and Joel Egah and protect and promote rights to freedom of expression and peaceful assembly as enshrined in the Universal Declaration of Human Rights of 1948, which Togo has ratified. 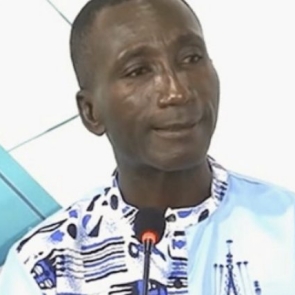