On 26 November 2016, a pamphlet signed by the paramilitary group Autodefensas Gaitanistas de Colombia (AGC) was distributed in which a financial reward was offered to anyone who kills any of seven human rights defenders, social leaders of Barrancabermeja, Magdalena Medio. The pamphlet also named and threatened their families. The HRDs are labeled as collaborators and sympathisers with the armed group Revolutionary Armed Forces of Colombia (FARC).

On 26 November 2016, Miguel Cifuentes was the first to find the pamphlet, which was slipped beneath the door of the entrance of his apartment building. The pamphlet was also delivered directly to the offices of ASORVIMM, ACVC, CREDHOS and Juventud Rebelde. The pamphlet offered a financial reward of 2 million Colombian Pesos (approximately 650 EUR) to anyone who would kill any of the 7 human rights defenders and social leaders . The pamphlet also stated that the aggressors knew the whereabouts of the family members of the defenders and social leaders, saying they would strike ‘where it hurts the most’ ("por donde mas les duele", sic).

The defenders and social leaders who are named in the pamphlet are recognised activists who have campaigned in favour of the peace process and the implementation of the peace agreement between the government of Colombia and the FARC. After failing to be approved in a referendum on 2 October 2016, the agreement was renegotiated by the government and the FARC, and the two parties announced a new accord on 24 November.

The next phase is for the two houses of the Colombian Congress (Senate and Assembly) to debate the agreement. In the past, several human rights defenders and social leaders of Barrancabermeja have received threatening pamphlets as a result of their human rights work, which includes defending the rights of victims and survivors of the armed conflict. Based on data relayed by local civil society organisations, Front Line Defenders has identified two recent peaks of violence against HRDs that are directly related to the timing of the negotiations and referendum.

On 25 July 2016, a pamphlet signed by the paramilitary group AGC was circulated on social media, threatening death to several human rights defenders, trade unionists and public officials who supported the peace process. In addition, the pamphlet was sent directly to the CREDHOS Facebook page and to the personal account of one of its members, Andrés Ortiz. The pamphlet was also sent directly to the human rights defender María Ravelo Crespo.

To date in 2016, no less than 70 human rights defenders and social leaders have been killed in Colombia, in addition to 28 assassination attempts and 279 registered threats against these groups. Just in the past week, land and environmental rights defenders Erley Monroy, Didier Losada and Rodrigo Cabrera Cabrera were all shot and killed. Furthermore, land and environmental rights defender Hugo Cuéllar, a member of Asociación Campesina Losada-Guayabero- ASCAL-G (Farmers' Association Losada-Guayabero), was shot five times as he made his way back home after attending the funeral of his colleague Erley Monroy, on 19 November 2016. He is in critical condition in hospital.

Front Line Defenders condemns the acts of intimidation against human rights defenders in Barrancabermeja and calls upon the Colombian authorities to take immediate action to safeguard the safety and integrity of all human rights defenders named in the pamphlet, consulting them on the measures that are most adequate for their situation. Front Line Defenders also calls upon the authorities to take immediate action to investigate the origin of these threats and bring the perpetrators to justice. 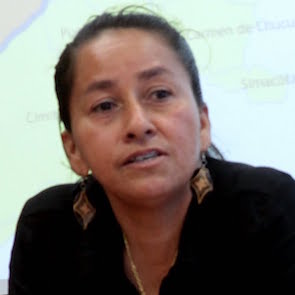 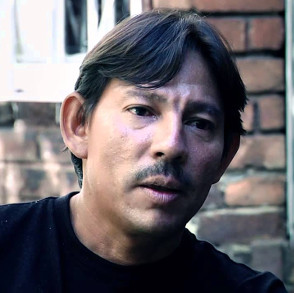