Claudia Julieta Duque: a landmark case in the search for justice 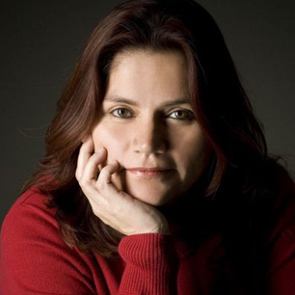 Today a trial starts in Colombia which has no precedent anywhere in the world. Claudia Julieta Duque will testify in the trial against three members of the now-disbanded Administrative Department of Security (DAS), who are accused of having tortured her psychologically. This case marks a milestone in the fight against impunity in Colombia, amidst serious human rights violations committed by state institutions.

This is the first case in the world where the criminal justice system has succeeded in identifying the alleged perpetrators who are responsible for the crime of psychological torture recognised as a specific crime, not as part of other crimes. In addition to this, the crime is being investigated as a crime committed by the state and which was was carried out by the intelligence service when ex-president Álvaro Uribe Vélez was in power. This is also the first time that a case of this kind is supported by evidence provided by the intelligence service andwhich prooves the modus operandi of Álvaro Uribe's government against human rights defenders and journalists. It is an emblematic case that shows how counter-intelligence tactics were used as an instrument for social and political control.

Duque became a victim of DAS following her investigation into the murder of Jaime Garzón Forero, a journalist who was killed in 1999. After a long battle against impunity and years of being subjected to threats, smear campaigns and stigmatisation, Duque managed to prove that the serious harassment she suffered was real. Today her case is the only one where three high level state officials have confessed and have been charged with having committed psychological torture.

In the meantime, the investigations against former President Álvaro Uribe and former DAS director Jorge Noguera ordered by the General Prosecutor ordered years ago, haven't started yet.

In the past few years, the undersigned national and international human rights organisations and freedom of speech organisations have accompanied Claudia Julieta Duque and supported her fight for justice, as this fight has been incredibly difficult for the human rights defender and her family. We are concerned because, over the last year, as the date of the trial approached, acts of intimidation have increased and threats have also been directed against her lawyer Víctor Javier Velásquez Gil, and both their families.

Therefore, we announce that we will be observing the trial and we urge the Colombian authorities to:

We will continue to support Claudia Julieta Duque and to monitor progress in the investigations and the trial, and we urge the Colombian authorities to investigate similar attacks suffered by other human rights defenders and journalists. We also urge the authorities to implement the necessary measures to prevent these abuses from happening again.