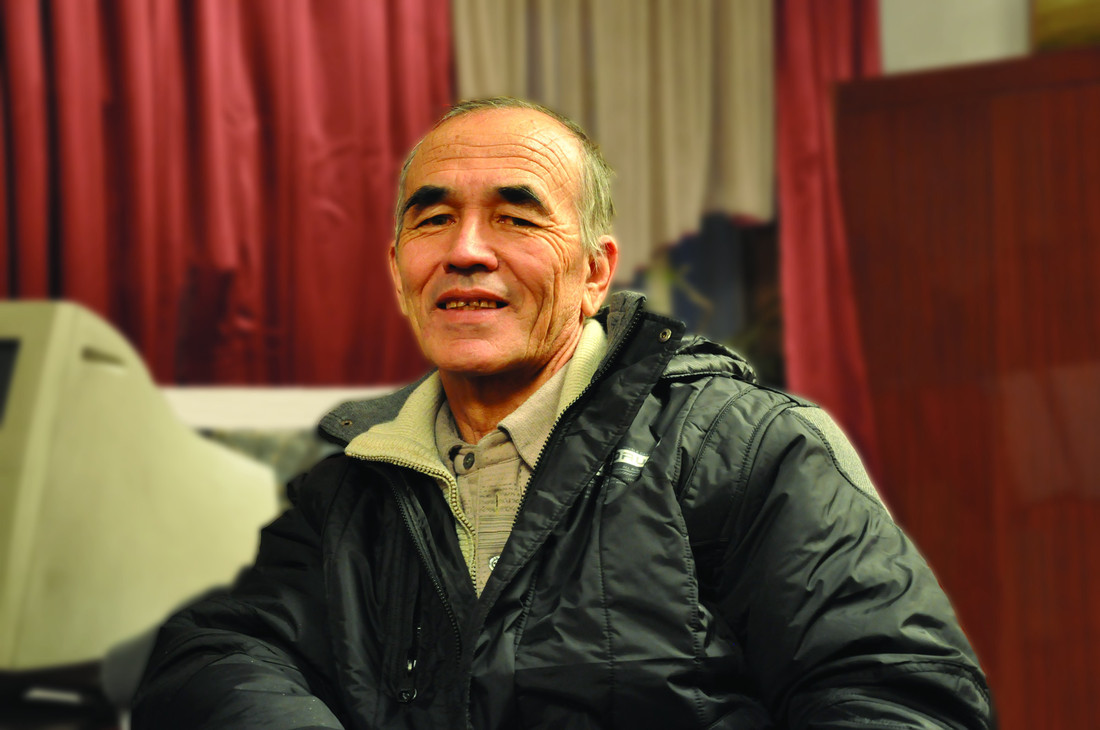 Before his arrest, he founded and served as director of the organisation Vozdukh ("Air"), which monitors police brutality in Kyrgystan.

Askarov was arrested in June 2010 following violent clashes between ethnic Kyrgyzs and Uzbeks in south Kyrgyzstan, in which more than 400 people were killed. He was convicted following a trial that fell far short of international standards, and sentenced to life imprisonment on charges of organising mass riots and involvement in the killing of a policeman.

Askarov has reported being tortured multiple times since his arrest. In 2012, the Swiss-based International Commission of Jurists reported “multiple occasions of severe and continuous beatings, including with a gun, punches and kicks, threat of death, threat to relatives, insults, and lack of basic necessities such as toilet facilities.”

“Azimjan was held with no access to his lawyer. His lawyer and relatives were attacked while trying to visit him in pre-trial. We observed his hearing; the court room was full of police officers and their supporters. Azimjan and others convicted that day all bore visible bruises from beatings in detention. The trial was severely flawed, and Azimjan must be released.”

Earlier this year, on 21 April 2016, the UN Human Rights Committee found that the Kyrgyz authorities had arbitrarily detained, tortured, held in “inhumane” conditions, and “prevented [Askarov] from adequately preparing his trial defence.” In a statement, the UN experts called on Kyrgyzstan to immediately release him and quash his life sentence. That same day, the Spokesperson for the European Union External Action called on the Kyrgyz government to “fully implement the recommendations of the Human Rights Committee.”

On 22 April, the Organisation for Security and Cooperation in Europe also welcomed the UN decision on Askarov's case, and urged the Kyrgyz government to “correct this injustice” by freeing the rights campaigner.

The Kyrgyz authorities, which have announced they will hold a review of the case in a Bishkek court on 11 July, must guarantee a peaceful and fair trial for the human rights defender. The government must also carry out a prompt and effective investigation into Askarov's allegations of torture, which the UN Human Rights Committee found the government had failed to do.