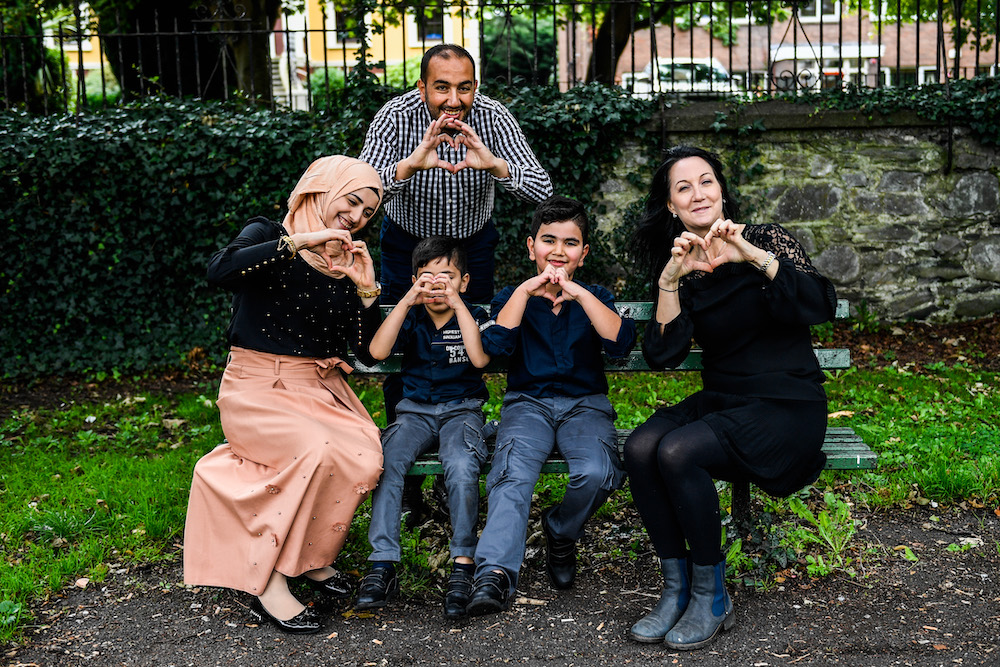 Communities across Ireland have come together to sponsor a refugee family who have agreed to participate in this resettlement programme. The family then travels to Ireland where they move into the community that has sponsored them. One of the most fantastic things about Community Sponsorship is the friendships that form between the people that participate from the communities and between the resettled family and their new community. This programme reaches a local, national and International scale, it is a global movement of ordinary people that are making a real and lasting change in peoples lives.

Shahera and her family were forced to flee Syria in 2014 and they spent the next five years in Lebanon. In 2019 they were one of the first families to come to Ireland through Community Sponsorship. Since arriving in Ireland, Shahera has been a strong advocate for raising awareness about the huge impact Community Sponsorship can make in people’s lives.

Anna is a member of one of the first Community Sponsorship Groups established in Ireland in 2019.  Anna felt compelled to do something to support refugees so with other Dublin 6 community members they organised, fund raised and planned for the arrival of the Bourhan family. Since then, Anna has been a huge advocate and driving force for other communities to get involved in Community Sponsorship.

Kevin O’Leary is the Community Sponsorship Lead with the Irish Red Cross. Kevin’s previous role as a Senior Migration Caseworker with the Irish Red Cross saw him supporting the resettlement and integration of Iraqi and Syrian’s with Refugee Status. Kevin has over eight years’ experience in high needs case support and is committed to the promotion of an inclusive and intercultural society.