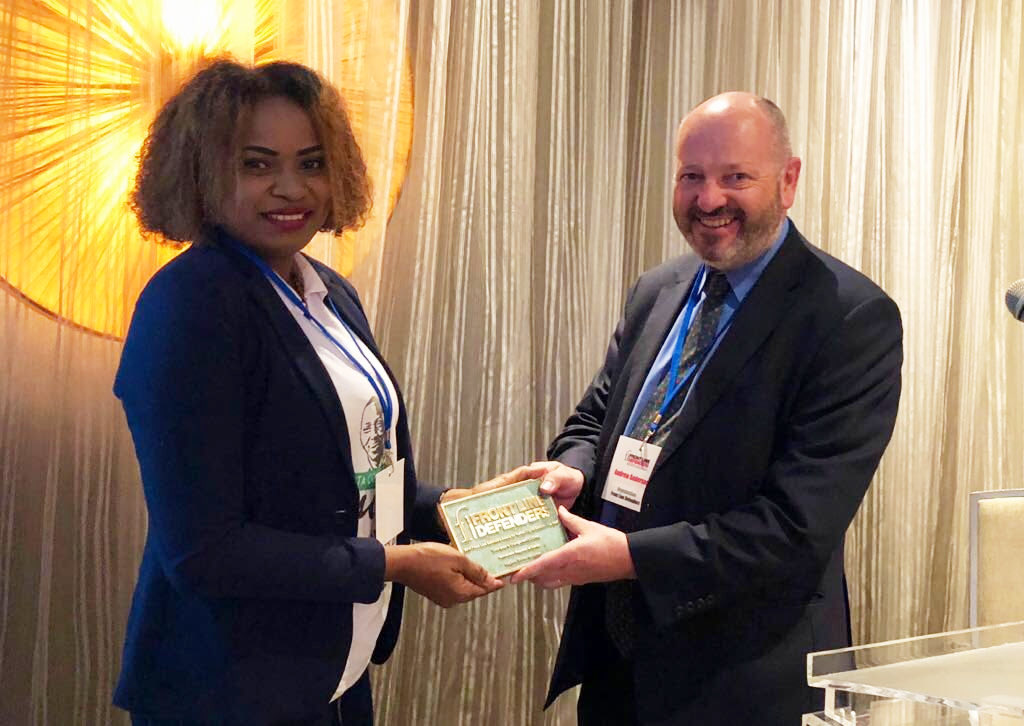 Soraya Aziz accepting the Regional Award for Africa of the Front Line Defenders Award for Human Rights Defenders at Risk from Executive Director Andrew Anderson on 19 July at the ceremony in Johannesburg.

LUCHA is a non-partisan youth movement formed in eastern Democratic Republic of Congo that struggles against chronic corruption and impunity in the DRC. Initially focused on local issues like access to drinking water, electricity, and youth unemployment, in just 6 years the movement has developed into an extensive national-level network of powerful social organisers. Peaceful protests and demonstrations led by LUCHA are routinely attacked by authorities. In October 2017, 5 young protests were killed during a LUCHA-organised demonstration, and many of their members and leaders having been arrested and detained during peaceful assemblies. The Congolese national intelligence agency has detained several members, who have endured physical and psychological abuse in detention.

Read about the other 2018 winners here.