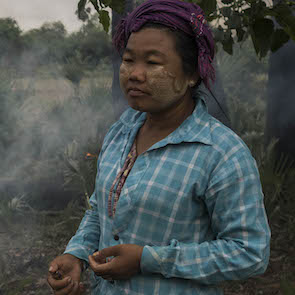 Thwet Thwet is a farmer and human rights defender who lives in Wethmay village, in northwestern Myanmar. Her community has been deeply affected by the construction of a copper mine, run by the Myanmar military elite and a subsidiary of a Chinese arms manufacturer.

Local authorities promised the community that their land would not be used without consent, that trash and soil from the mine would not be dumped on local farmland, and that any land acquired for the mine would be compensated at or above market value. Four years later, hundreds of villagers have been forcibly displaced or coerced into leaving their land; hundreds more have lost crops and farm animals after contaminated water from the mine ruined land; and police have used tear gas and white phosphorous against peaceful anti-mine protests , leaving more than 150 monks and villagers with permanent scars. Thwet Thwet was one of many who were injured.

Thwet Thwet is educating and strengthening her community’s land struggle. She hands out plainly worded legal advice and statistics on land grabs when she distributes water to local villages, and helps other farmers access the same support networks she has in Yangon. As a result of her activism, she’s been arrested, followed by plainclothes police, and receives regular phone calls from the local police station questioning her about her activities.

Aut Maung, a Burmese poet, referring to Thwet Thwet and another woman leading the protest, said:“The struggle made them into iron ladies. This is life or death for them — they will defend it at the cost of everything.” 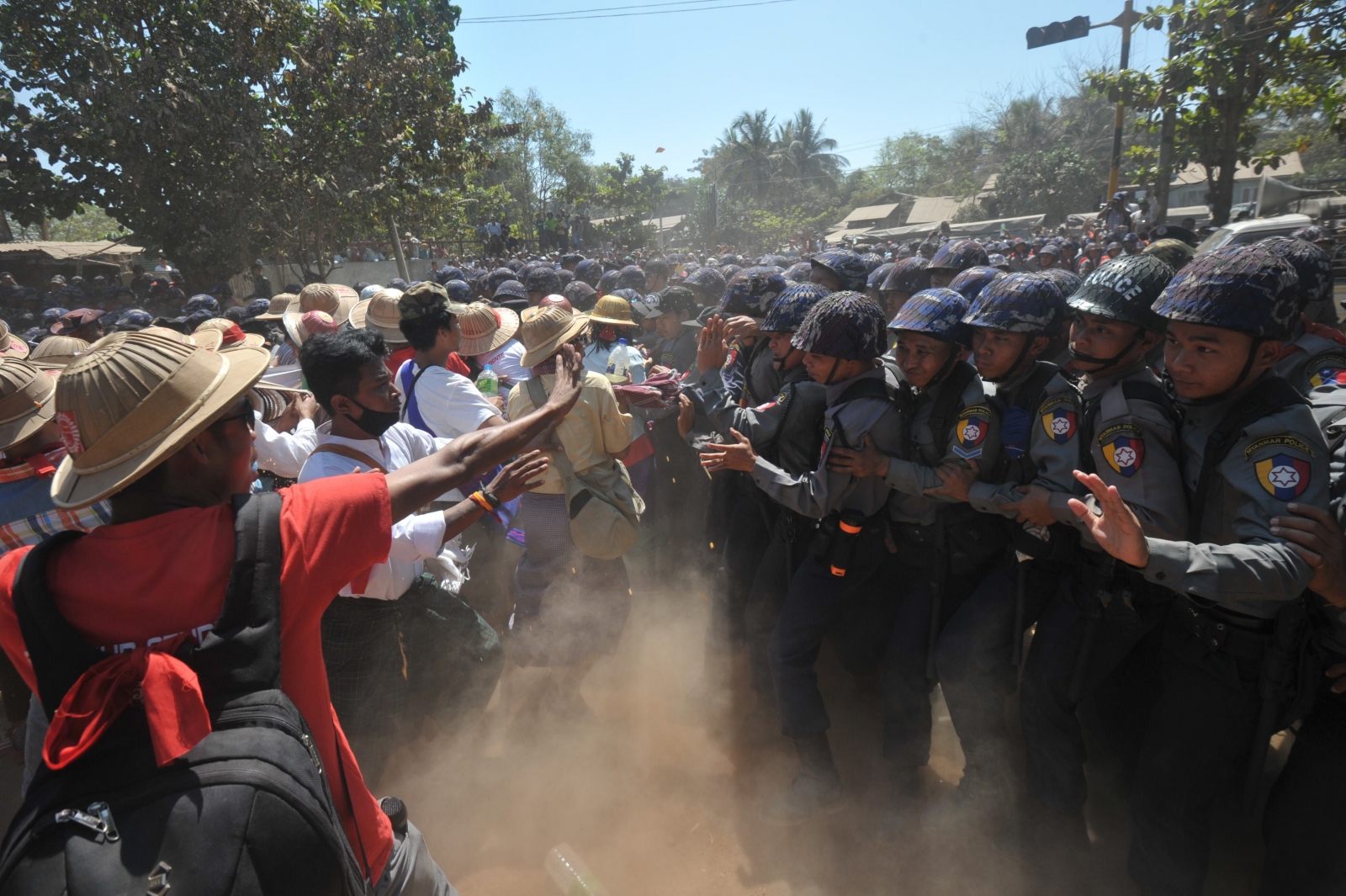 #Burma / Myanmar
Back to top