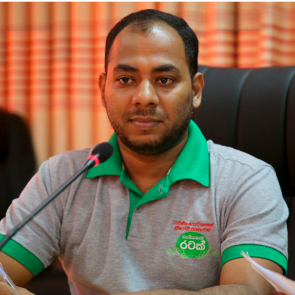 Kairudeen Nihal Ahmed is a Sri Lankan Muslim human rights defender based in Ampara, a district in the Eastern coast of Sri Lanka. He is an active member of the People’s Alliance for Right to Land (PARL), a voluntary coalition of civil society organizations and individuals, that has been working together against forced acquisition of land and for protection of the right to housing, land and property of vulnerable communities in Sri Lanka. Throughout his childhood, Nihal has experienced the impact of the brutal civil war, anti-Muslim riots, and ethnic-religious tensions. He began his activism in 2005 with the ending of the ceasefire between the Liberation Tigers of Tamil Eelam (LTTE) and the Sri Lankan military and increase in fighting. He focused on supporting internally displaced people who were impacted by the war and the Tsunami through resettlement and post Tsunami recovery.

In 2006 Nihal established the Human Elevation Organisation (HEO), which works with the impoverished and war affected minority Muslim community on issues including enforced disappearances, extra-judicial killings, land acquisition, gender-based violence, economic empowerment and the environmental issues. HEO is one of the few organizations working with victim families of enforced disappearances and land acquisition from the Muslim community in the Ampara district. They worked closely with the Office of Missing Persons (OMP) and have also contributed to other transitional justice mechanisms on reconciliation and reparation for victims.

Nihal’s legitimate human rights work especially on sensitive issues including accountability for war crimes, and campaigns on land rights has led to reprisals including surveillance, police interrogation, and intimidation. Despite risks and challenges Nihal continues to mobilize, motivate and advocate for issues concerning the most affected people in his area. 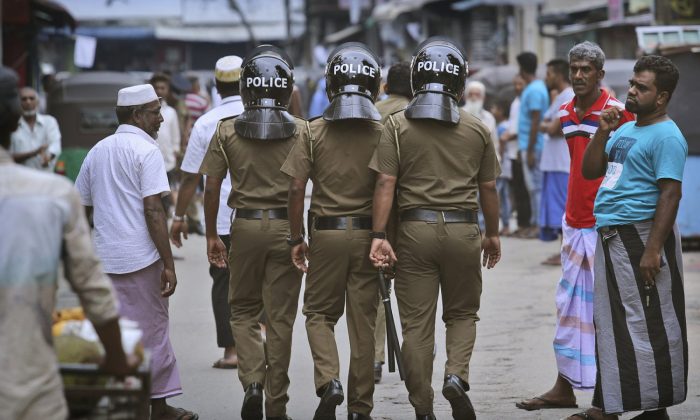 #Sri Lanka
Back to top