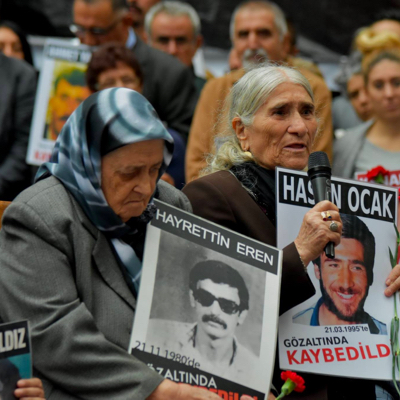 José Carlos Rodrigues de Matos, known as Pastor do Pão ('Bread Pastor'), is a human rights defender and street sweeper who works with the homeless and drug-dependent population in São Paulo.

José Carlos distributes water and food and documents human rights violations in a region known as Cracolândia*. He photographs, films and records the testimonies of the people who live there to help denounce the daily violence that occurs in the territory, especially police violence. In addition, he helps the people living there to seek health and social assistance support.

Because of his peaceful actions in defence of human rights, he has suffered threats, persecution and judicial harassment. In 2021, he was accused of defamation and contempt by police authorities after interfering in a violent police action in the region.

*Located in the Luz district in the centre of São Paulo, this region faces high levels of poverty, police violence and drug trafficking. Currently, the people who live in Cracolândia have been experiencing an increase in violence due to the gentrification of the territory. The human rights defenders who work there to mitigate the effects of social vulnerability have been the target of threats, smear campaigns and criminalization.