Released from Prison After 7 Years

Since the arrest and trial of Colombian human rights defender, David Ravelo Crespo, Front Line Defenders has campaigned and advocated on his behalf.

David is the secretary of the Board of Directors of the Corporación Regional para la Defensa de los Derechos Humanos – CREDHOS (Regional Corporation for the Defence of Human Rights), a non-governmental organisation dedicated to the protection and promotion of human rights in Colombia.

In addition to the Urgent Appeals process and advocacy at the EU level and directly to the government of Colombia, Front Line Defenders has undertaken additional effort to support David, as a long-term case. This has included:

Featuring David's case in the Colombia Radio PSA Campaign in 2012

In 2012, Front Line Defenders partnered with Colombian human rights organization MOVICE for a radio public service announcement (PSA) campaign, aimed at increasing the public awareness of the risks and threats that HRDs in the country face.  David's case was one of 6 featured in the campaign. 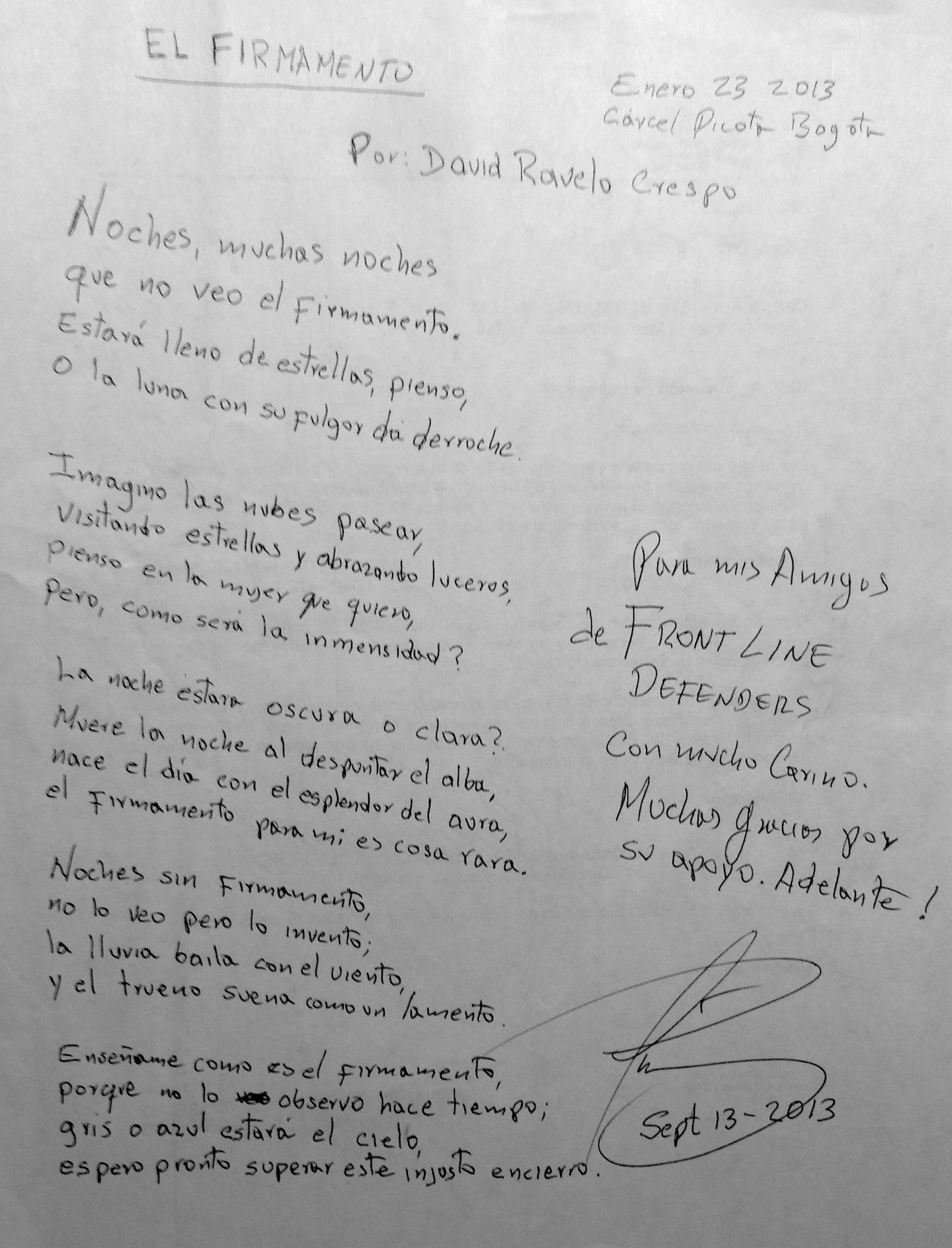 In 2013, Front Line Defenders Head of Campaigns, Adam Shapiro, visited David in prison, to consult with the HRD and express solidarity. During the visit, David - a writer and poet - penned a poem for Adam to bring back to Dublin, "El Firmamento".  Later, Front Line Defenders would help support the publication of a book of poems that David write during his incarceration, which was published in Colombia.

Finalist for the Front Line Defenders Award in 2013

In 2013, David was named as a finalist for the Front Line Defenders Award for Human Rights Defenders at Risk. As part of the profile for the Award ceremony and visibility work, Front Line Defenders produced and disseminated this video, spotlighting the work and persecution of the human rights defender.

Former Irish Foreign Minister and current EU Envoy to the Colombia Peace Process visited Colombia (with FLD's former Americas Protection Coordinator, Caitriona Rice) in 2015 to press the government to review the irregularities and problems with the prosecution of David's case, as had been documented by Colombian and international human rights organizations, including Front Line Defenders.  Minister Gilmore met David in prison and met with key officials. Writing in The Solicitor's Journal following his trip, Minister Gilmore noted, "David has been targeted, by the legal system, for specific reasons. He has consistently and vociferously spoken out about the links between the government of president Uribe and paramilitary groups. He has refused to be silent. He has refused to leave his native province of Barrancabermeja, and above all else, because he has refused to allow himself to be killed." 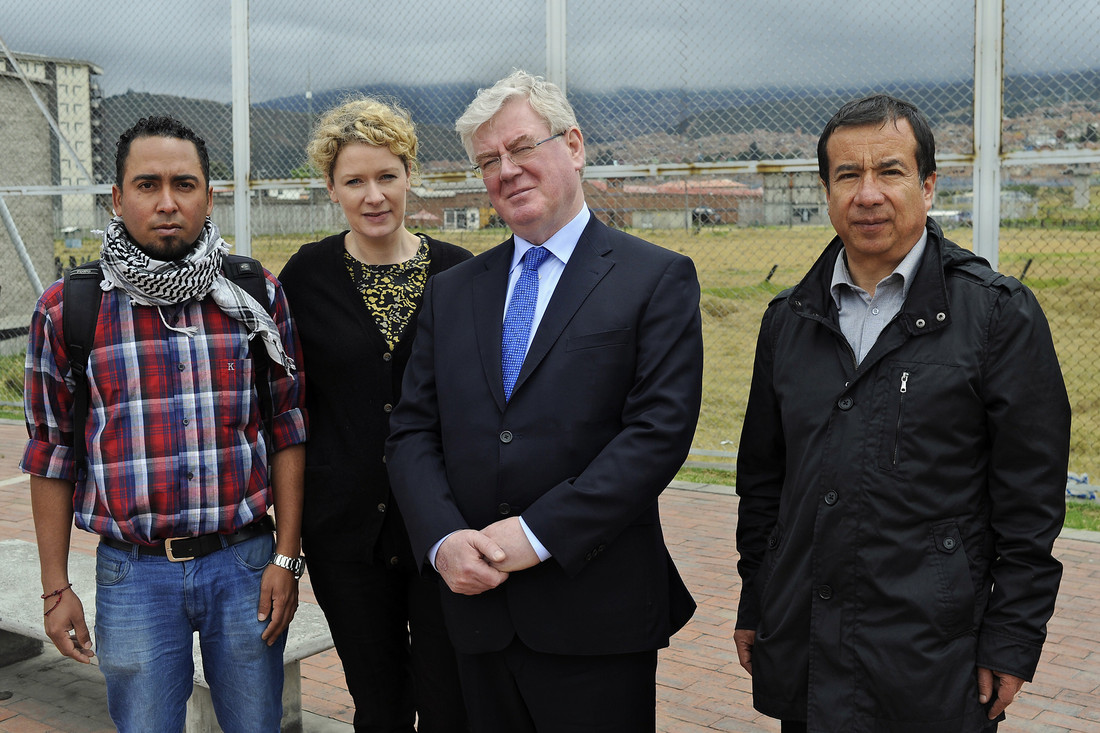