About Vitaliy Shabunin
Status:
Attacked
About the situation

On 17 July 2018, Vitaliy Shabunin suffered chemical burns after he was attacked with an antiseptic liquid during the course of a peaceful demonstration outside the Special Anti-Corruption Prosecutor’s Office in Kiev. 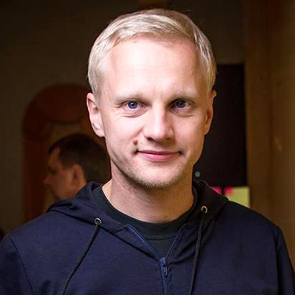 Vitaliy Shabunin is the founder of Anti-Corruption Action Centre, a non-profit civil society organisation consisting of experts from the legal, media and civic-political sectors which fights corruption in Ukraine. The organisation is politically neutral, rather focusing on advocacy to ensure that specific persons engaged in corruption are brought to justice.

On 17 July 2018, Vitaliy Shabunin suffered chemical burns after he was attacked with an antiseptic liquid during the course of a peaceful demonstration outside the Special Anti-Corruption Prosecutor’s Office in Kiev.

On 17 July 2018, at 10:00 a.m., a demonstration orgainsed by Anti-Corruption Action Centre named "Kholodnytskyi, pack your backpack and get out!" (“Холодницький, пакуй рюкзак на вихід”) took place outside the Special Anti-Corruption Prosecutor’s Office in Kiev. During the demonstration, an unknown assailant from a group of opposing activists splashed Vitaliy Shabunin in the face and left hand with an antiseptic liquid called "zelyonka", also known as "brilliant green". Vitaliy Shabunin stated that he had been admitted to hospital suffering chemical burns as a result of the attack.

The demonstration had been organised in order to call for the resignation of the Head of the Special Anti-Corruption Prosecutor’s Office, Nazar Kholodnytskyi, over a decision he recently made to close an investigation into Interior Minister Arsen Avakov's son, Oleksandr Avakov. Oleksandr Avakov had been accused of embezzling UAH 14 million (457.679 euro) in state funds which had been designated for the provision of new backpacks to the Ukrainian military. Two people were arrested during the demonstration, but released soon afterwards.

Front Line Defenders expresses concern over the attack on Vitaliy Shabunin as it believes that it was a direct result of his peaceful and legitimate exercise of his rights to peaceful assembly and expression in exposing corruption in Ukraine.

Front Line Defenders urges the authorities in Ukraine to:

1. Carry out an immediate, thorough and impartial investigation into the attack against Vitaliy Shabunin, with a view to publishing the results and bringing those responsible to justice in accordance with international standards;

2. Take all necessary measures to guarantee the physical and psychological integrity and security of Vitaliy Shabunin;

3. Guarantee in all circumstances that all human rights defenders in Ukraine are able to carry out their legitimate human rights activities without fear of reprisals and free of all restrictions.