On 9 August 2016, human rights defender Mr. Elchin Mammad was prevented from crossing the border between Azerbaijan and Georgia and subsequently detained at Gazakh region police station for nine hours. 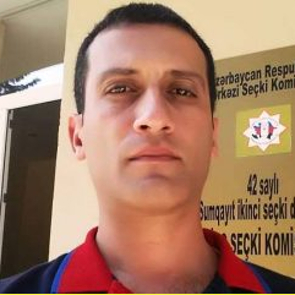 On 9 August 2016, human rights defender Mr. Elchin Mammad was prevented from crossing the border between Azerbaijan and Georgia and subsequently detained at Gazakh region police station for nine hours.

On 9 August 2016, at approximately 2:00 p.m., while travelling to an IHRPA meeting, Elchin Mammad was stopped at a checkpoint on the Azerbaijan and Georgia border. The border control officers explained to Elchin Mammad that a travel ban had been imposed on him by the Main Department for Combating Organised Crime (MDCOC) of the Ministry of Interior since 2015, and therefore he was not permitted to cross the border. Elchin Mammad presented a ruling from the Baku Administrative-Economic Court №2 detailing that the travel ban against him had been suspended on 24 May 2016, however, the border control officers ignored this.

Police officers took the human rights defender away and placed him in detention in the Gazakh region police station, the phone and computer of Elchin Mammad were confiscated. The human rights defender was released nine hours later after the police officers had received a fax from the Chief of the Investigation Department of the MDCOC, Mr. Janpolad Daanov. Its contents remain unknown. Although released he was still unable to leave the country. Elchin Mammad returned to Baku and filed a complaint regarding his detention and travel ban with the President of Azerbaijan, the General Prosecutor's Office and the Ministry of Interior. However, no response has yet been received from the Government officials.

On 15 May 2015, the Ministry of Interior imposed a travel ban on the human rights defender, allegedly related to a debt Elchin Mammad had incurred with a bank. On 24 May 2016, the Administrative-Economic Court №2 of the city of Baku removed the travel ban against Elchin Mammad and on 2 August 2016, the decision entered into force.

This is not the first time that SULESY members have been persecuted by the MDCOC. On 3 March 2016, the authority initiated a criminal case against the organisation's Deputy Director, human rights defender and journalist, Mr. Elchin Hasanov, following an article he published in which he exposed corruption within the Government related to the selling of goods reserved for army needs on the black market in Azerbaijan. On 27 July 2016, the Baku Court of Appeal upheld a decision made by a lower court, and sentenced Elchin Hasanov to one year of work in the public interest for allegedly committing a crime of hooliganism. In Azerbaijan, such a sentence obliges the convicted person to hand over a part of their monthly salary to the state.

Front Line Defenders condemns the imposition of a travel ban on and temporary detention of human rights defender Elchin Mammad, which it believes to be directly linked to his legitimate and peaceful human rights work in Azerbaijan. Front Line Defenders further expresses its serious concern at the continuous judicial persecution of the members of the human rights organisation SULESY, including Elchin Hasanov.

Front Line Defenders urges the authorities in Azerbaijan to:

1. Immediately implement the decision of the Baku Administrative-Economic Court №2 and lift the travel ban that had been imposed on Elchin Mammad;

2. Carry out an immediate, thorough and impartial investigation into the temporary detention of Elchin Mammad on the border between Azerbaijan and Georgia, with a view to publishing the results and ensuring respect for international standards;

3. Immediately cease judicial persecution of the members of the human rights organisation SULESY, in particular quash the conviction of Elchin Hasanov;

4. Guarantee in all circumstances that all human rights defenders in Azerbaijan are able to carry out their legitimate human rights activities without fear of reprisals and free of all restrictions.