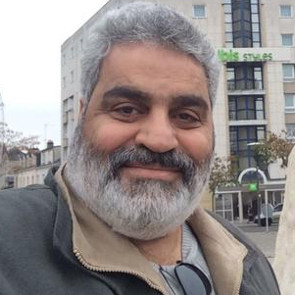 On 2 November, the human rights defender was travelling with his family via the King Fahd Causeway en route to Marrakech, Morroco in order to participate in COP 22 and highlight the polluting effects of gas emissions by the Bahrain Petroleum Company (BAPCO) –  national oil company of Bahrain - in his village of Al-Ma’ameer and its surrounding areas. When Mohammed Jawad arrived at border control, him and his family were taken out of the line and asked to wait. An hour later, the shift administrator of the border control office informed Mohammed Jawad that he was not permitted to travel and must go back to his home in Bahrain. When the human rights defender asked for the reasons as to why he could not travel, the shift administrator said the computer system stated that he was banned from travel, but did not provide a reason for the ban.

Mohammed Jawad was not previously informed that there was a travel ban issued against him, and travelled outside of Bahrain as recently as 24 April 2016. This is not the first time that Mohammed Jawad has been penalized for his human rights work. Between 2011 and 2013, he has been continually subjected to judicial harassment for his work promoting environmental rights, including being arrested for protesting in front of factories that pollute the environment in Bahrain.

1. Immediately and unconditionally remove the travel ban imposed against Mohammed Jawad and all other human rights defenders facing travel restrictions in Bahrain, as Front Line Defenders believes that they are being restricted solely as a result of their legitimate and peaceful work in the defence of human rights;