About Transparencia Venezuela
Status:
Attacked
About the situation 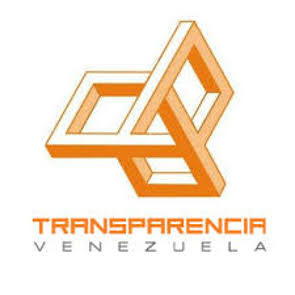 Transparencia Venezuela is the national chapter of Transparency International, and is a human rights organisation dedicated to promoting information, conditions and mechanisms to prevent and minimise corruption in the country by researching and analysing the national budget, public policies, development, private contracts and the overall action of state offices in fighting corruption. Recently, Transparencia Venezuela published an comprehensive report on the participation of Venezuelan government officials in the Odebrecht corruption scandal, along with several statements made by the former National Prosecutor Luisa Ortega Díaz regarding government corruption.

This is the fourth cyber attack that Transparencia Venezuela has suffered in less than a year. On 21 September 2017, hackers deleted a news article published on Transparencia Venezuela’s website regarding evidence Luisa Ortega Diaz had linking Odebrecht donations to President Nicolas Maduro’s electoral campaign in 2013. On 21 December 2017, the organisation’s website server showed signs of intrusion after a news article was published based on Luisa Ortega Diaz’s allegations that the Venezuelan government is responsible for crimes against humanity.

Front Line Defenders also reported an attack which occurred on 8 May 2018 on VENDATA’s website, a civil association created by Transparencia Venezuela. The attack on this website came from several compromised computers, which infected vendata.org and the Blue Host server where data was being stored. The attack forced the website’s administrators to block the site and turn off the server, hindering the freedom of expression of those who work in the organisation and the right to access information to the public.

On 18 April 2018, the Ministry for the President’s Office (Ministerio del Poder Popular del Despacho de la Presidencia y Seguimiento de la Gestión de Gobierno) published an article from the newspaper “Correo del Orinoco” on its website. The article falsely referred to Transparencia Venezuela as a subversive organisation that is funded by the United States’ government and dedicated to accusing the Venezuelan government of corruption. Since this article was published, Transparencia Venezuela has been targeted twice.

Cyber attacks have previously been used to target defenders in Venezuela. In 2016, Humberto Prado’s Facebook account was hacked and used to spread false and defamatory information after Tareck El Aissami, current Vice-president for Economics and former Minister of Interior and Justice, called the defender a pran, a negative term used to refer to inmate leaders who coordinate gangs and are responsible for violence inside Venezuelan prisons. The hackers published several messages and a photograph alleging links between Humberto Prado and Polar C.A, a Venezuelan food and drinks company. . The defender’s Facebook profile picture was also visibly edited and changed to a photo of him with a gun in one hand and a Polar C.A. beer in the other. After his Facebook account was hacked, the topic Polar C.A began trending on Twitter. One Tweet describing the human rights defender as a pran went viral and several accounts started using the hashtag #HumbertoPradoPranDePolar (Humberto Prado, Polar's pran).

There is a clear link between smear campaigns and defamation strategies employed by government officials and cyber attacks later being used to target human rights defenders in Venezuela. Front Line Defenders expresses its concern at the cyber attack on Transparencia Venezuela’s website and the defamation of the organisation, which it believes to be an attempt to delegitimise its work in uncovering corruption in the country. Front Line Defenders is concerned that such attacks and smear campaigns may further lead to an increase in violence against human rights defenders in Venezuela.