Threats, intimidation and cyberattacks against members of Análisis Urbano

About Análisis Urbano
Status:
Threatened
About the situation

On 26 July 2017, members of Análisis Urbano (Urban Analysis) and Corporación para la Paz y el Desarrollo Social – Corpades (Corporation for Peace and Social Development) reported death threats against one of their sources. These threats are the latest act of intimidation in a series of attacks and threats directed at members of their staff and their sources. 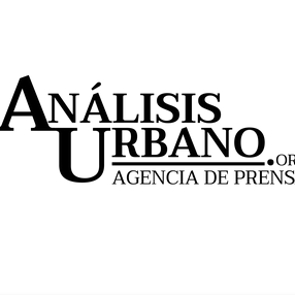 Análisis Urbano is a news agency associated with Corpades, an organization dedicated to the investigation, analysis and denunciation of human rights violations originating from urban and rural violence in Medellín, Colombia. The members of the organization have been harassed, threatened and more than fourteen of them have been killed due to their work, since 1998.

On 26 July 2017, members of Análisis Urbano (Urban Analysis) and Corporación para la Paz y el Desarrollo Social – Corpades (Corporation for Peace and Social Development) reported death threats against one of their sources. These threats are the latest act of intimidation in a series of attacks and threats directed at members of their staff and their sources.

On 26 July 2017, members of Análisis Urbano reported on a new act of intimidation following a series of attacks, threats and harassment against members of the news agency. On 24 July 2017, at 2:30 am., one of the sources of the agency was contacted by an unidentified person over the phone. The individual called the house of the source’s family and threatened to kill them if the source continued to provide information to Análisis Urbano. The death threats were reported to the local police, who detected the origin of the call as coming from a public phone from the Villa Hermosa sector. However, the police were not able to identify the author.

These threats come after a series of articles were published by Análisis Urbano denouncing alliances between paramilitary groups and politicians in various regions of Medellín, mainly Bajo Cauca and Nordeste. In their latest report, written by the Eli_Inspector team of the organisation, they uncovered several corruption scandals involving the former mayor of the Zaragosa municipality. According to Análisis Urbano, most of the threats are directed at the Eli_Inspector team.

On 22 July 2017, the news agency reported on the latest wave of cyberattacks against their web-page, computers and profiles on social media, which started on 11 July. Several messages containing malicious links were sent to the Análisis Urbano profile on Facebook. Luis Fernando Quijano, director of Análisis Urbano and administrator of the organisation’s Facebook page also received more than sixty requests of friendship from fake profiles on the social network, in an apparent attempt to gain access to the organisation’s official Facebook page.

The most severe cyberattacks occurred between 14 and 15 July 2017, when some computers were infected and the attackers almost succeeded in gaining control of the news agency’s web-page. The cyber attacks began shortly after Análisis Urbano released a report regarding the operations of Autodefensas Gaitanistas de Colombia – AGC, a paramilitary group, in the region of San José de Apartadó.

According to a report from the Colombian Ombudsman Office, 156 social leaders and human rights defenders have been killed between January 2016 and March 2017. In addition, 5 disappearances, 33 attacks and over 500 threats were reported. According to the Ombudsman, Carlos Alfonso Negret Mosquera: “one of the main causes of this phenomenon is the attempt by illegal armed groups to occupy the territory from which the FARC have withdrawn”.

The Colombian government signed a peace deal with Fuerzas Armadas Revolucionarias de Colombia (Revolutionary Armed Forces of Colombia, FARC) rebels in November 2016, but this has not made the country safer for human rights defenders. Despite all evidence to the contrary, the government continues to maintain the position that these killings are neither systematic nor linked to paramilitary activity.

Front Line Defenders is concerned at the most recent threats, intimidation and cyberattacks against members of Análisis Urbano, Corpades and their sources and believes that these actions are directly related to their human rights activities. Front Line Defenders expresses further concern at the ongoing violence against human rights defenders in Colombia, particularly those reporting on the presence and activities of illegal armed groups.

1. Carry out an immediate, thorough and impartial investigation into the threats and cyberattacks perpetrated against Análisis Urbano, Corpades and their sources, with a view to publishing the results and bringing those responsible to justice in accordance with international standards;

2. Take all the necessary measures to guarantee the physical and psychological integrity of the staff at Análisis Urbano, Corpades and their sources;

3. Investigate the pattern of killings and harassment of human rights defenders, identify the root causes and the authors, and take determined action to prevent them;

4. Guarantee in all circumstances that all human rights defenders in Colombia are able to carry out their legitimate human rights activities without fear of reprisals and free of all restrictions.