Threats against editor-in-chief of the Caucasian Knot, Gregory Shvedov 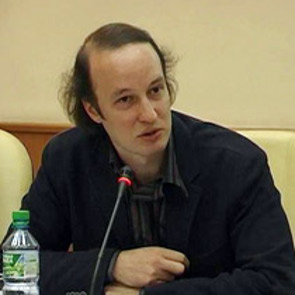 Gregory Shvedov is a human rights journalist and editor-in-chief of the Caucasian Knot. The Caucasian Knot is an independent Russian media portal founded in 2001 by the International Historical and Human Rights Society ‘Memorial’. The organisation covers current developments in the Caucasus region and employs a network of local correspondents. It is well known for its courageous reporting on human rights abuses, including those committed by Chechen authorities.

On 7 January 2017, the Parliamentary Chairman, Magomed Daudov, published a post on his Instagram account entitled ‘How to untie the Caucasian Knot?’. In the post, the Chairman called Gregory Shvedov a “mongrel dog who goes by the nickname Shved”. He then threatened the human rights journalist, stating that he would “tame his tongue to a standard size” and “pull his wisdom teeth out” due to his writing about the Caucasus in the Caucasian Knot being utter “rubbish”.

On 9 January 2017, Gregory Shvedov filled a complaint against the actions of Magomed Daudov before the Investigative Committee of the Russian Federation under Article 144 Part 3 of the Code of Criminal Offences of the Russian Federation (impeding legitimate and professional work of journalists) as he considers Magomed Daudov’s public statement to be a direct threat, not only against him, but against the entire journalist community in the Caucasus region.

Front Line Defenders is deeply concerned about the threats against human rights journalist Gregory Shvedov, which it believes to be related to his legitimate and peaceful human rights work.

1. Carry out an immediate, thorough and impartial investigation into the threats against Gregory Shvedov, with a view to publishing the results and bringing those responsible to justice in accordance with international standards;

2. Take all necessary measures to guarantee the physical and psychological integrity and security of Gregory Shvedov;