About Tasneem Ahmed Taha Zaki
Status:
Pardoned
About the situation 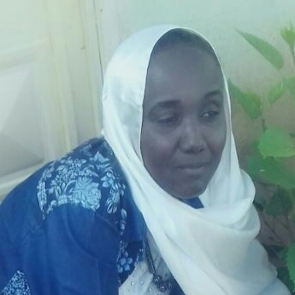 On 29 August 2017, a presidential pardon was issued for Dr. Mudawi Ibrahim Adam, Hafiz Idris, Tasneem Taha Zaki, Abdel-mukhles Yousef Ali, Abdelhakim Noor, and Mubarak Adam Abdullah, all of whom were charged in a case known as criminal case No. 22/2017.  Sudanese authorities released Dr. Mudawi Ibrahim Adam in accordance with the pardon the same day. The human rights defender had been detained since 7 December 2016. At the time of writing, Hafiz Idris, who has been in detention since 24 November 2016, is still under procedural processing for release. Mubarak Adam Abdullah was also released on 29 August 2017. Abdelhakim Noor and Abdel-mukhles Yousef Ali were released on bail on 14 March 2017, while human rights lawyer Tasneem Taha Zaki was released on bail on 12 March 2017, pending charges.

The human rights defenders were facing charges which included ‘conspiracy to conduct espionage and intelligence activities in favour of foreign embassies’, ‘waging war against the state’, ‘publishing false reports’, ‘undermining the constitutional system’, ‘stirring up sectarian hatred’ and ‘running a terrorist organisation’. A number of irregularities occurred during the course of the case including the retraction of the Prosecutor General of Sudan’s decision on 26 March 2017 to release Dr. Mudawi Ibrahim Adam and Hafiz Idris on bail by the newly-appointed Attorney General. Several of the human rights defenders were subjected to incommunicado detention in unknown locations, torture and ill-treatment following their arrest.

Front Line Defenders welcomes the pardon and release of the aforementioned human rights defenders, however it reiterates its condemnation for the incommunicado detntion, torture, ill treatment and prolonged arbitrary detention of the defenders. Front Line Defenders urges the authorities to immediately release Hafiz Idris, and calls on Sudanese authorities to cease targeting all human rights defenders in Sudan and guarantee in all circumstances that they are able to carry out their legitimate human rights activities without fear of reprisals and free of all restrictions including judicial harassment.

Friends and lawyers of detained human rights defender Mr Hafiz Idris confirmed that he was recently taken into hospital after reportedly being tortured and ill-treated in detention.

Mr Hafiz Idris, 40 years old, is a human rights defender who works to defend the rights and well-being of internally displaced persons (IDPs) in Sudan . He was arrested on 24 November in Khartoum has been held without charge or access to his family and lawyer.

Authorities in Sudan have escalated their crackdown on human rights defenders, peaceful protesters and journalists over the past few weeks. On 27 December, the National Intelligence and Security Service (NISS) arrested human rights lawyer Ms Tasneem Ahmed Taha Zaki from her office in El Fasher, Darfur.  She is a human rights lawyer who provides legal assistance to victims of human rights abuses, especially youth and students in El Fasher. Following her arrest, Ms. Tasneem was quickly transferred to Khartoum and was deprived of any contact with her family. Authorities did not notify the Bar Association about her arrest as stipulated in the Sudanese Advocates Law.

The physical integrity and security of the internationally recognised human rights defender Dr. Mudawi Ibrahim Adam is source of great concern amid recent testimonies and reports about torture and ill-treatment of detained activists in Sudan. Dr. Mudawi was arrested at the University of Khartoum on 7 December with his longtime driver, Adam El Sheikh Mukhtar. On 12 December, Nora Abaid, an accountant from Dr. Mudawi’s engineering company, Lambda Engineering, was arrested by NISS agents who approached her in an unmarked car. They all continue to be under incommunicado detention. Under the 2010 National Security Act (NSA), detainees can be held for up to four and a half months without judicial review.

Front Line Defenders urges the Sudanese authorities to:disclose information about the medical situation of human rights defender Mr Hafiz Idris and conduct a thorough and impartial investigattion into allegations of torture and ill-treatment.

Front Line Defenders is seriously concerned at the physical well being of Dr Mudawi Ibrahim Adam, Ms Tasneem Ahmed Taha Zaki and other detained human rights defenders and calls upon the Sudanese authorities to take all necessary measures to guarantee their physical and psychological integrity and security and ensures that they have immediate and unfettered access to their families and lawyers.