About Taher Arifet
Status:
Released
About the situation

Taher Arifet was released on the evening of 13 July. 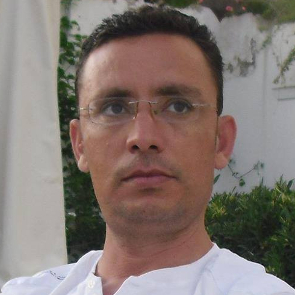 Taher Arifet is a blogger and member of the Association for Defense of Human Rights, an NGO active in the province of Tataouine. The human rights defender is the administrator of the Tataouine Youth Facebook page, which is followed by 65,894 individuals. The page campaigns against the economic and social marginalisation of the local population and the increasing rate of unemployment among youth. The page also regularly publishes news and reports concerning  protests in Tataouine.

On the morning of 11 July, 2017, a group of security forces raided the house of Taher Arifet. They first detained his brother by mistake. Security forces later called Taher Arifet, asking him to appear at the security services in Jerba city, or his brother would be kept in detention. That same day, when Taher Arifet presented himself at the security services, he was taken into custody. Jaher Arifet is currently detained in an unknown location, and has not had access to his family or lawyer since his detention.

Since April, there has been a wave of protests and sit-ins in the province of Tataouine demanding sustainable development and employment. The local population has been campaigning for a share in revenue from local gas and oil companies working in the region, as well as a quota of jobs to be given to  local people at these companies. In May, clashes between protesters and members of the National Guard led to the death of protester Muhammad Anouar Skrafi after a national guard vehicle ran him over. Dozens of other civilians were injured.

Front Line Defenders condemns the raid, arrest and detention of Taher Arifet in an unknown location and urges the Tunisian authorities to immediately release him.

Front Line Defenders urges the authorities in Tunisia to:

1. Immediately and unconditionally release Taher Arifet as Front Line Defenders believes that he is being held solely as a result of his legitimate and peaceful work in the defence of human rights, especially economic and social rights;

2. Take all necessary measures to guarantee the physical and psychological integrity and security of Taher Arifet;

3. Ensure that the treatment of Taher Arifet, while in detention, adheres to the conditions set out in the ‘Body of Principles for the Protection of All Persons under Any Form of Detention or Imprisonment', adopted by UN General Assembly resolution 43/173 of 9 December 1988;

4. Immediately inform the family and lawyer of Taher Arifet of the place of his detention, and allow them immediate and unfettered access to him;

5. Cease targeting all human rights defenders in Tunisia, especially those who are active in the area of economic and social rights, and guarantee in all circumstances that they are able to carry out their legitimate human rights activities without fear of reprisals and free of all restrictions including judicial harassment.