On 5 February 2017, the chairperson and founder of the Human Rights Centre, Guleid Ahmed Jama, was interrogated by the Head of the Criminal Investigation Department in Hargeisa. The CID questioned the HRD about a petition he started and an article about the petition, in which he appeared. On the same day, the spokesperson of the Human Rights Centre, Ahmed Hussein Abdi, was arrested and is in detention at the Criminal Investigation Department compound in Hargeisa. 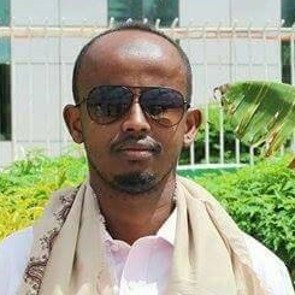 On 5 February 2017, the chairperson and founder of the Human Rights Centre, Guleid Ahmed Jama, was interrogated by the Head of the Criminal Investigation Department in Hargeisa about a petition that he started and an article about the petition in which he appeared. On the same day, the spokesperson of the Human Rights Centre, Ahmed Hussein Abdi, was arrested and is in detention at the Criminal Investigation Department compound in Hargeisa.

Guleid Ahmed Jama is a lawyer and both the chairperson and founder of the Human Rights Center (HRC) and Ahmed Hussein Abdi is its spokesperson. The HRC is a human rights watchdog organisation in Somaliland which works on five different fronts including lobbying, advocacy, protection, monitoring, and documenting to promote respect of human rights in Somaliland. Having published their annual report at the end of 2016, the HRC identified several trends that impact the human rights situation, including the increased militarisation of the police force, and the use of military courts to try civilians.

On 15 January 2017, the HRC launched a petition entitled, “Reform Somaliland Police and End Police Impunity” on the website change.org. The petition calls on the President of Somaliland to reform the structure of the police force, including by instituting an independent oversight body to hold the police force accountable for its actions. The petition has gained over 200 signatures since its launch.

Later that same day, after Guleid Ahmed Jama’s questioning, the spokesperson for the HRC, Ahmed Hussein Abdi, released a statement about the situation. Ahmed Hussein Abdi was arrested in the afternoon of 5 February 2017, and neither his family nor his colleagues were informed of his arrest. He has been held at the CID compound in Hargeisa since his arrest, and has not been allowed contact with his lawyers or family. According to Somaliland Criminal Procedure Code Book One, Article 39, 1., “A person arrested without warrant shall be taken immediately, and in any case not later than 48 hours from the time of his arrest, before the competent Court or before the Court nearest to the place of arrest...”. The family was informed of Ahmed Hussein Abdi’s arrest anonymously, through a phone call in the evening of 5 February 2017.

On 6 February 2017, Guleid Ahmed Jama went to the Hargeisa Regional Court to inquire into the findings of the CID’s interrogation. He was informed that two charges were being brought against him, however, he was not served with a charge sheet. He was told that the two charges being brought against him were publication of false news and defamation in relation to the petition and the article calling for police reform.

Front Line Defenders urges the authorities in Somaliland to:

1. Immediately and unconditionally release Ahmed Hussein Abdi, as Front Line Defenders believes that he is being held solely as a result of his legitimate and peaceful work in the defence of human rights;

2. Ensure that the treatment of Ahmed Hussein Abdi, while in detention, adheres to the conditions set out in the ‘Body of Principles for the Protection of All Persons under Any Form of Detention or Imprisonment', adopted by UN General Assembly resolution 43/173 of 9 December 1988;

3. Allow Ahmed Hussein Abdi immediate and unfettered access to his family and lawyers;

4. Immediately drop all charges against Guleid Ahmed Jama as it is believed that they are solely motivated by his legitimate and peaceful work in defence of human rights;

5. Guarantee in all circumstances that all human rights defenders in Somaliland are able to carry out their legitimate human rights activities without fear of reprisals and free of all restrictions.