About Teesta Setalvad
Status:
Smear campaign
About the situation 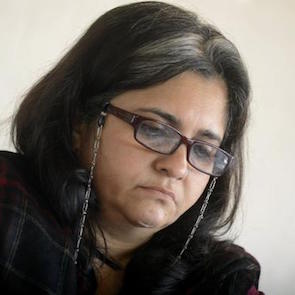 Teesta Setalvad is a journalist and founder of Sabrang Trust, Sabrang Communications and Publishing Private Limited (SCPPL) and Citizens for Justice and Peace (CJP). Sabrang Trust and Sabrang Communications and Publishing Private Limited (SCPPL) were established after the 1992-1993 communal violence in Mumbai, and work to promote conflict resolution and support peace building. CJP was established in April 2002, in the immediate aftermath of the communal violence during the Gujarat riots, to provide legal aid to the survivors of the riots, and has been instrumental in obtaining the 117 convictions against perpetrators of the violence.

Front Line Defenders condemns the smear campaign against human rights defender Teesta Setalvad, which it considers to be in retaliation to her legitimate and peaceful human rights work. Front Line Defenders expresses its concern about the security of Teesta Setalvad, particularly as the inflammatory allegations against the human rights defender take place in a climate of repression of freedom of expression and in an increasingly dangerous communal situation.

1. Condemn the ongoing smear campaign against human rights defender Teesta Setalvad and carry out an investigation into all occurrences;

2. Take measures to ensure that media channels refrain from making statements or declarations stigmatising her legitimate work, and issue an official apology for publicly discrediting and insulting her and her work;

3. Make all necessary efforts to ensure the physical and psychological integrity of Teesta Setalvad;

4. Guarantee in all circumstances that human rights defenders in India are able to carry out their legitimate human rights activities without undue restrictions, fear of harassment, threats or retaliation.