About Nguyen Bac Truyen
Status:
Physical Attack
About the situation 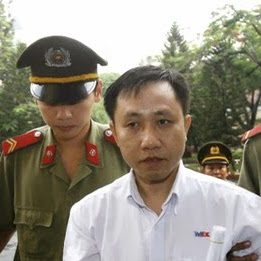 Nguyen Bac Truyen is a legal expert who promotes freedom of belief in the Mekong Delta region and is head of a former prisoners of conscience organisation. He has also provided free legal assistance to victims of land grabs, campaigned for multi-party democracy and called on the Vietnamese Government to release all political prisoners.

Nguyen Bac Truyen provides free legal assistance to victims of land grabs, and campaigns for multi-party democracy. He has also campaigned for the release of human rights defender Mr Le Quoc Quan, and has spent time in jail on charges of “anti-state propaganda”. He was released on probation in 2010.

Nguyen Bac Truyen had been invited to the Australian embassy on 24 February 2014, in order to provide information on the recent attack and unlawful arrest against him by Dong Thap police, amongst other human rights issues. As the couple passed the intersection of Dao Tan and Lieu Giai in a taxi, three men stopped and assaulted the driver, and then attacked the human rights defender. Passers-by managed to stop the violence by informing the driver and the couple that the men were actually plain-clothes policemen. The human rights defender and his wife then fled to the Australian embassy, where the diplomat who had invited them escorted them to Hanoi Family Medical Clinic for examination. It has been reported that undercover policemen monitored all of these movements closely, and that they have been monitoring and harassing the couple for some time.

On 9 February 2014, police reportedly fired gunshots at and stormed the human rights defender's then-fiancée's home in Dong Thap, where the couple were staying before their wedding. Nguyen Bac Truyen was assaulted, blindfolded and handcuffed before being arrested by police and government agents. The human rights defender's fiancée was also briefly detained, and his laptop and mobile phone were confiscated. Nguyen Bac Truyen was detained on charges of alleged theft, but was released 24 hours later.

Front Line Defenders is concerned that the attack by state security forces on Nguyen Bac Truyen and his wife was directly related to his peaceful and legitimate work in defence of human rights in Vietnam, and condemns it as such. Front Line Defenders is further concerned for the physical and psychological integrity of Nguyen Bac Truyen and his family.