About Stephen Kinuthia Mwangi
Status:
Intimidated
About the situation 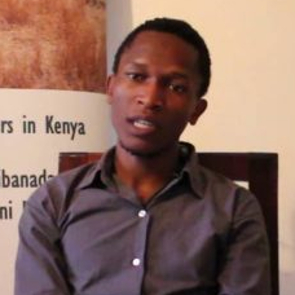 Stephen Kinuthia Mwangi is the Administrative Coordinator for Mathare Social Justice Centre (MSJC), which is an initiative by young members of the community to promote social justice in Mathare. MSJC’s aims include the promotion of participatory forms of justice and it has organised a number of community forums which have focused on extrajudicial killings, land grabbing and political accountability. In May 2017, MSJC released a report titled “Who is Next? A Participatory Action Research Report Against the Normalization of Extrajudicial Executions in Mathare.”

Front Line Defenders is concerned that the two incidences of intimidation by police in one week of human rights defender Stephen Kinuthia Mwangi amount to harassment and believes they are linked to his peaceful and legitimate work at MSJC promoting social justice in Mathare.

Front Line Defenders urges the authorities in Kenya to:

1. Cease all further harassment of Stephen Kinuthia Mwangi as Front Line Defenders believes that it is solely as a result of his legitimate and peaceful work in defence of human rights;

2. Guarantee in all circumstances that all human rights defenders in Kenya are able to carry out their legitimate human rights activities without fear of reprisals and free of all restrictions including judicial harassment.