About Gowhar Geelani
Status:
Harassment
About the situation 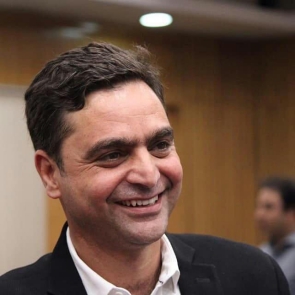 Gowhar Geelani is a well known journalist, author and commentator. His writing shines a light on the lives and struggles of marginalized groups and provides an honest account of their stories. His book Kashmir: Rage and Reason, published in 2019 provides critical analysis of the regions history, the struggle for identity in a context of violence, nationalism and the many betrayals suffered by the Kashmiri people over the years. Geelani has been a critical voice, against human rights violations by the Indian state and military control over the region.  His work has been published in national and international news portals including the BBC, Deutsche Welle, The Telegraph, Race and Class, India Today and The Federal.

Masrat Zahra is a freelance photojournalist from Kashmir and a member of the Network of Women in Media in India (NWMI). She has been covering the situation in Kashmir for the past four years, focusing on human rights violations in one of the world’s most highly militarised zones, covering instances of stone pelting during protests, gun battles and the impact of the violence on women and children in the region. Peerzada Ashiq is a senior journalist and special correspondent for The Hindu, a daily newspaper in India. He has a lengthy history of covering Kashmir and his reports focus on the struggles facing the local population, especially in the context of increasing militarisation and isolation of the region from the rest of India and the international community. Gowhar Geelani is a well known journalist, author and commentator. He has been a critical voice against human rights violations by the Indian state and military control over the Kashmir region and his work has been published in national and international news outlets. He has also been targeted by Indian authorities in the past for his work.

On 18 April 2020, the Cyber Police issued a press release regarding an FIR filed against Masrat Zahra. The FIR includes offences under Section 13 of the UAPA, which relates to those who commit, advocate, abet or incite the commission of any unlawful activity, and Section 505 of the Indian Penal Code, which punishes those who induce others to commit an offence against the state or against public tranquillity. The police allege that the photos uploaded by the defender were intended to provoke the public to disturb law and order, and glorify anti-national activities. Masrat Zahra was not officially notified of the FIR and was only made aware of the charges when she saw social media posts about the case. The defender was questioned at the Cyber Police Station on 21 April 2020, but is not currently under arrest. The UAPA is a regressive counter terror law which has been used to target, criminalise and silence human rights defenders. If found guilty of offences under the UAPA, she will face up to seven years imprisonment.

On 19 April 2020, the Cyber Police filed an FIR against a report published in The Hindu written by senior journalist Peerzada Ashiq. He was summoned to the Srinagar police station, and subsequently to the Anantnag police station in South Kashmir, where he was interrogated about the report. The police claim that the article, regarding the families of two deceased militants seeking exhumation of their bodies to perform funeral rights, is factually incorrect. It remains unclear which laws Peerzada Ashiq has allegedly violated.

On 21 April 2020, the Cyber Police filed another FIR against the well known journalist, author and commentator, Gowhar Geelani, based on his social media posts. According to the police, the posts glorify terrorism in Kashmir and are ‘prejudicial to the national integrity, sovereignty and security of India’. The journalist has not yet been summoned to the police station, and he only found out about the FIR against him from the press release issued by the police on 21 April 2020.

Front Line Defenders condemns the police harassment of Masrat Zahra, Peerzada Ashiq and Gowhar Geelani, as it believes they are being targeted as a result of their work in defence of human rights and their exercise of the right to freedom of expression. It particularly condemns the use of counter-terror laws (UAPA) against journalists and human rights defenders, with the aim of terrorising them and silencing their work. Front Line Defenders is concerned about the particular timing of the police harassment, during the pandemic, when the state must enable the media to report without fear. The Indian State’s treatment of journalists and the curtailing of their fundamental rights and freedoms, including freedom of expression, is a matter of grave concern. These rights are at the core of human rights defenders’ work, and without them, they are unable to effectively carry out their peaceful activities. Front Line Defenders calls on the Indian authorities to fulfil their international commitments and uphold the right to freedom of expression as well as other fundamental rights and freedoms in Kashmir, which are enshrined in the Constitution of India.