About Dinar Idrisov
Status:
Attacked
About the Situation 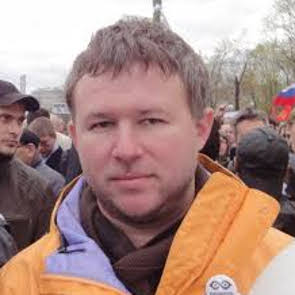 Dinar Idrisov is a Saint Petersburg-based human rights defender and member of the human rights initiative, Saint Petersburg Observers. He advocates for the rights to freedom of assembly and expression, the rule of law, and voting rights. He is also active in advocating for accountability from the authorities and law enforcement agencies, through monitoring court hearings, public protests, and elections, as well as presenting the interests and defending the rights of detained and judicially harassed civil activists and protesters.

On 28 January 2018, Dinar Idrisov was in Saint Petersburg observing a public demonstration called “Strike of Voters” which was organised by supporters of presidential candidate, Alexey Navalny. The demonstration aimed to cast light on human rights violations in the context of the presidential campaign.

Dinar Idrisov was situated near the front of the demonstration, streamed the event and shared it on his Facebook page. However, when he saw police arresting demonstrators, he entered the nearest building at the intersection of Tverskaya and Odesskaya streets and was knocked to the ground by three men who attacked and beat him severely. They searched him, took his phones and camera, and broke them. They then repeatedly kicked him in the head. Dinar Idrisov was saved by occupants of the building, who took him into their apartment. The defender reports that he was attacked by police in plain clothes.

Dinar Idrisov sustained a broken arm and cheekbone, a cranio-cerebral injury, concussion and bruising. A fracture of his hand will require a complicated operation. The defender reported the attack to the police.

Front Line Defenders condemns the brutal attack against Dinar Idrisov and believes the attack to be directly connected to his human rights work and his documenting of public protests in Saint Petersburg.

1. Carry out an immediate, thorough and impartial investigation into the attack on Dinar Idrisov with a view to publishing the results and bringing those responsible to justice in accordance with international standards;

2. Take all necessary measures to guarantee the physical and psychological integrity and security of  Dinar Idrisov;