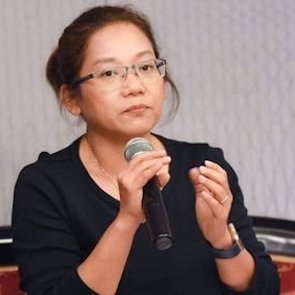 Puttanee Kangkun is the Senior Human Rights Specialist at the NGO Fortify Rights. Prior to joining Fortify Rights she worked with several Thai human rights organizations.

On 23 November 2020, the Bangkok South Criminal Court began its preliminary hearing into the combined case brought against the three women human rights defenders Angkhana Neelapaijit, Puttanee Kangkun, and Thanaporn Saleephol. The case brought before the court by Thammakaset Company Limited, combines four different complaints, which include a total of 28 counts of criminal defamation for 28 postings or re-postings on social media. The posts in question were made by the women human rights defenders to express support for other human rights defenders facing judicial harassment by the company for documenting labour rights abuses. Angkhana Neelapaijit faces a total of two counts, Puttanee Kangkun faces 21 counts, and Thanaporn Saleephol faces five counts.

This case brought against the defenders is not an isolated incident. Since 2016, the company has filed at least 37 complaints against 22 human rights defenders. While many of these cases have been dismissed or ruled against the company by the courts, several cases still remain open. The company’s constant judicial harassment of the human rights defenders who speak out against labour rights violations within the company has created an environment of fear and reprisal, causing many to be afraid to speak up about the abuses that are reportedly occurring.

In March 2020, experts from the UN condemned the judicial harassment of the human rights defenders by the company and called for the country to follow through on it’s commitments made under the National Action Plan on Business and Human Rights, which facilitate to “push review, amendment and abolition of laws, as well as relevant mechanisms, to facilitate the protection of human rights defenders”.

Front Line Defenders condemns the ongoing judicial harassment of women human rights defenders Angkhana Neelapaijit, Puttanee Kangkun, and Thanaporn Saleephol, as it believes they are being targeted solely for their legitimate and peaceful work for the protection of human rights, specifically on labour rights in Thailand. It urges the Thai government to create an environment that is respectful of the fundamental right of the freedom of expression, which is guaranteed under the Constitution and, by Article 19 of the International Covenant on Civil and Political Rights, to which Thailand is a State Party.