About Yasir Elsir Ali
Status:
Detained & In Hospital
About the situation

On 9 January 2019, Yasir Elsir Ali's wife was permitted to visit him at Al Amal Security Hospital in Khartoum. She reported that he is in a stable condition. She refused to consent to surgery that would allow the bullet to be removed from his spinal chord. The NISS rejected her request to stay with the human rights defender for as long as he remains in the hospital.

On 5 January 2019, human rights defender Yasir Elsir Ali was taken by the Sudanese National Intelligence and Security Service (NISS) from his residence in the city of Omdurman. 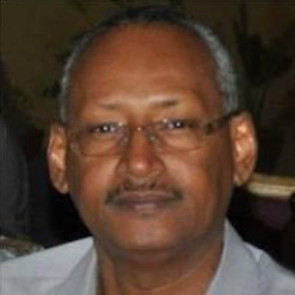 On 5 January 2019, human rights defender Yasir Elsir Ali was taken by the Sudanese National Intelligence and Security Service (NISS) from his residence in the city of Omdurman.

At around noon on Saturday 5 January, 12 armed men wearing balaclavas and civilian clothes stormed Yasir Elsir Ali’s family home. Yasir Elsir Ali was due to return to United Arab Emirates on the same day, but the men told him and his family that a travel ban was in force against him. The human rights defender had traveled back to Sudan from United Arab Emirates on 20 December 2018 to visit his dying father.

According to his family, the men - who arrived in an unmarked truck - showed no warrant before forcibly detaining Yasir Elsir Ali. The men also threatened his family to prevent them from speaking out or from filming his detention.

On 25 December 2018, Yasir Elsir Ali was shot by a sniper in Khartoum. The bullet fractured one of his ribs, and punctured his right lung before settling in his spinal chord. He was taken to hospital, but surgeons in Khartoum refused to remove the bullet, believing that it would require a very serious surgery that they were not sufficiently well-equipped to carry out. The human rights defender spent nine nights in the intensive care unit at Fidail Hospital in Khartoum, before being discharged on 3 January. He has been in incommunicado detention since 5 January.

Yasir Elsir Ali’s family, friends, as well as Sudanese human rights organizations are very concerned about his situation, as he is in very critical health and his whereabouts are not known.