About Zine El Abdine Erradi
Status:
Detained
About the Situation

Human rights defender Zine El Abdine Erradi has been kept in detention in the southern city of Agadir since he was arrested at the city’s airport on 5 April 2018, having returned to Morocco from France following the death of his father. 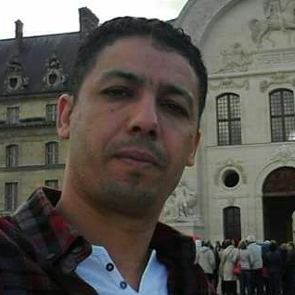 Human rights defender Zine El Abdine Erradi has been kept in detention in the southern city of Agadir since he was arrested at the city’s airport on 5 April 2018, having returned to Morocco from France following the death of his father.

On 5 April Zine El Abdine Erradi arrived at Agadir airport to visit his family and join them in mourning the death of his father, who had died some weeks before. The human rights defender was arrested on arrival. On 6 April he was brought before the prosecutor in Agadir, who informed him that he was due to serve a one-year prison sentence, received in absentia in December 2014. The Agadir Court of Appeal had convicted him of participating in a ‘violent and unauthorised demonstration’ and of committing ‘civil disobedience’. The charges related to his participation in peaceful protests and sit-ins against human rights abuses committed by the police in Sidi Ifni in 2012.

Zine El Abdine Erradi was transferred to Agadir’s Ait Melloul prison to serve his sentence. The human rights defender has been kept in an overcrowded prison cell where he has not been able to sleep properly. On 9 April, Zine El Abdine Erradi began a 10-day hunger strike to protest his detention.

Since 2009 Zine El Abdine Erradi has been subjected to intimidation, judicial harassment and imprisonment as a result of his human rights activities. He was arrested in October 2012 after a visit to the city of Laayoune where he met the UN Special Rapporteur on Torture and Other Cruel, Inhuman or Degrading Treatment or Punishment, as well as representatives from the African Commission on Human and Peoples’ Rights.

In October 2012, the Tiznit Court of First Instance gave him a 10-month prison sentence for ‘revolting and insulting public officials’. Two months later the Agadir Court of Appeal reduced his sentence to six months.

Front Line Defenders condemns the judicial harassment and detention of Zine El Abdine Erradi which appears to be the result of his legitimate and peaceful activities in defence of human rights.

Front Line Defenders urges the authorities in Morocco to:

1. Immediately and unconditionally release Zine El Abdine Erradi, drop all charges against him, and ensure his liberty and security;

2. Ensure that Zine El Abdine Erradi’s treatment, while in detention, adheres to the conditions set out in the 'Body of Principles for the Protection of All Persons under Any Form of Detention or Imprisonment', adopted by UN General Assembly resolution 43/173 of 9 December 1988;

3. Cease targeting all human rights defenders in Morocco and guarantee in all circumstances that they are able to carry out their legitimate human rights activities without fear of reprisals and free from all restrictions including judicial harassment.